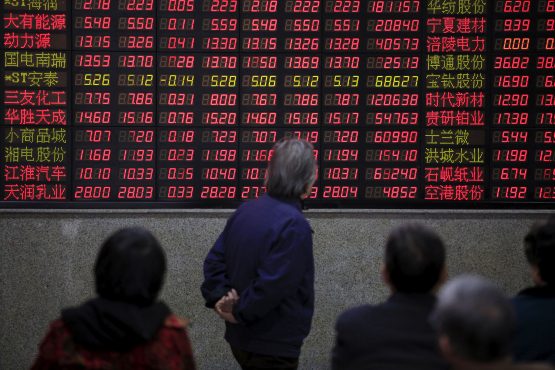 Emerging-market shares fall after a trade deal between the US and China once again appear elusive. Image: Aly Song, Reuters

Emerging-market shares fell on Monday as uncertainty over the United States and China reaching a trade deal anytime soon and dismal growth data from major economies kept investors on the sidelines.

Although Washington and Beijing labelled their two-day talks last week as “productive” and “constructive”, a deal appeared elusive after Chinese officials unexpectedly cancelled a visit to farms in the US on Friday.

“We are indeed in a wait-and-see mode ahead of those talks, maybe an interim deal will be discussed, maybe not, it’s still too close to call,” said Jakob Christensen, head of EM research at Danske Bank.

Indian shares, up nearly 3%, outperformed, extending their rally from Friday after the government announced a surprise cut in corporate taxes to revive flagging growth in Asia’s third-largest economy.

Developing world currencies were more mixed, with Russia’s rouble and Turkey’s lira making nominal gains against the dollar, but much of the reaction came from emerging European ones after dire growth data from the euro zone.

The Hungarian forint and the Polish zloty fell 0.4% each against the euro, after data showed German private sector activity had shrunk for the first time in 6-1/2 years in September as a manufacturing recession deepened.

Manufacturing activity in the euro zone contracted at its steepest rate since late 2012 as demand sank, puncturing sentiment among factory managers.

“These numbers spill more weakness for the manufacturing scene and, given their closeness to the German export sector, we see quite a bit of reaction from those East European currencies,” said Christensen.

Hungarian business sentiment sank to a three-year-low in September, posting its biggest monthly fall in more than a decade, pressuring the forint, which shed 0.7% against the dollar to fall to an all-time low.