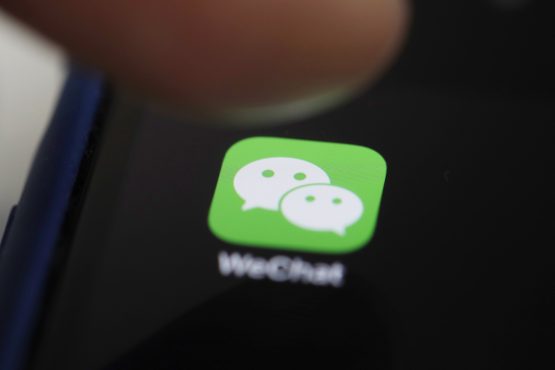 US President Donald Trump’s move to ban WeChat and TikTok roiled Asian markets and hit some of the highest profile technology stocks in the region.

Shares of WeChat operator Tencent Holdings plunged as much as 10% before paring some of the losses. Other tech names such as Alibaba Group Holding and Taiwan Semiconductor Manufacturing Co. were among notable decliners in Asia on Friday. The MSCI Asia Pacific Index turned lower to fall as much as 1.4%, snapping a four-day rising streak. “There’s no saying how bad things could get,” said Hao Hong, chief strategist at Bocom International Holdings. “We don’t know where the negative headlines could end. Today, it could be social media, tomorrow it could be Baidu or some other company. It could be even banks that come next further down the line.”

Here’s a selection of comments from strategists and investors:

What’s next for Tencent?

The ban on WeChat may not be the only blow to Tencent, said Steven Leung, executive director at UOB Kay Hian (Hong Kong).

“After signing of the executive order, the US government will follow up with more measures targeting Tencent,” he said. “More negative headlines will come out and could potentially further hurt sentiment toward Tencent, as well as the overall market.”

This makes Tencent’s overseas expansion plans uncertain, and investors will be scrutinising the firm’s earnings to come next week, Leung said.

“Some M&A deals, especially if its targets are based in the US, will face challenges,” he added. “The market has already priced in an upside surprise in its earnings due next week, so the key focus now is the third-quarter guidance and how much the US ban would hurt the company.”

“The US dollar finally appears to have reignited its relationship with risk, ” said Mitul Kotecha, senior emerging markets strategist at TD Securities in Singapore, “This will likely keep Asian currencies on the back foot in the near term.”

Dollar strength is likely to gain momentum in the short term as the heightened tension spurs a rush for haven assets, said Vishnu Varathan, head of economics and strategy at Mizuho Bank Ltd. “This is absolutely positive for the dollar, negative on China because the ability of China to retaliate in kind is somewhat more limited compared to the US, at least in the short term.”

‘Shocked’
Today’s developments “shocked the market,” said Andy Wong, fund manager at LW Asset Management. A break below the 24,200 level in the Hang Seng index would likely spur investors to reduce risk before the weekend, he added.

“Longer-term, investors will still get back into software and especially the cloud computing sector,” he said. “In the coming three years, it still should be quite safe to say Tencent should have very attractive growth and earnings in the cloud sector.”

Trade War
Despite the latest escalation in the technology sector and over US listings of Chinese companies, the market is not pricing in any additional trade tariffs — or a phase-two trade pact, said Frank Benzimra, head of Asia equity strategy at Societe Generale SA.

“The more long-lasting impact on Asian markets will come from some news flow on tariffs, more than on technology” as Chinese tech companies are essentially domestic businesses, he said.

“The news is favorable to Hong Kong’s stock market in the long term as more Chinese companies will choose to list in Hong Kong over the US for lower regulatory risks,” Shum said.

Given the limited US revenue generated by Tencent and ByteDance, the key concern is how the Chinese government responds to this latest escalation, said Nelson Yan, head of offshore capital markets investment product at CreditEase Wealth Management (Hong Kong) Ltd.

“This may have a much larger impact politically and economically,” Yan said. “I think that would create uncertainties psychologically rather than material impact to those IT companies like Tencent, in fact those companies have limited revenue generated from the US”

There is the possibility, albeit currently remote, that China escalates the situation by going after Apple Inc.’s access to the WeChat app in retaliation, said Amir Anvarzadeh, a senior strategist at Asymmetric Advisors. The move would be reminiscent of the earlier US blacklisting of Huawei Technologies, cutting access to Google apps on the Android operating system.

“If the Chinese turn around and say, ‘Okay, now we will ban WeChat selling to Apple’s iPhone in China’ that will kill the iPhone in China, overnight,” he said. “This is really, really important. Because this is a direct correlation.”

If China took this step iPhone sales would drop as much as 90% overnight, Anvarzadeh said.

“Without WeChat applications, people don’t need to use the phone in China,” he said.

However, the Chinese are unlikely to do this so close to the US election in November, he added.

It seems like Trump is goading China to interfere in the November election so that he can blame someone else when he loses! Just my opinion….this man is beyond reprehensible!

“Trade protection accumulates upon a single point the good which it effects, while the evil inflicted is infused throughout the mass. The one strikes the eye at a first glance, while the other becomes perceptible only to close investigation.”
― Frederic Bastiat 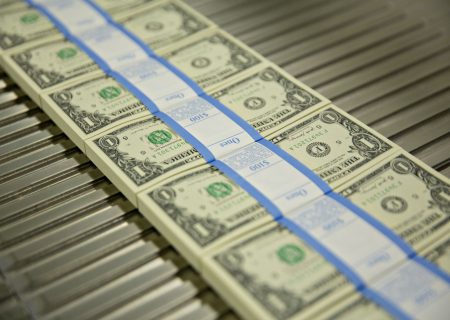