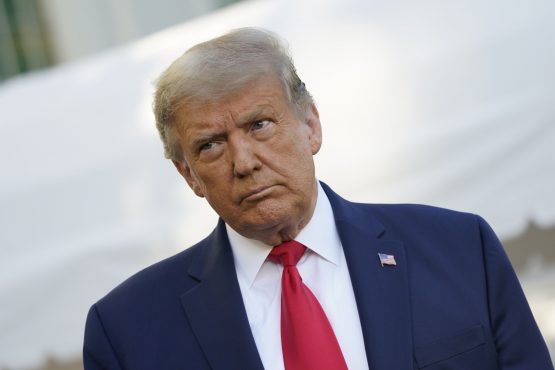 Donald Trump was held in contempt of court for failing to turn over records in New York’s probe of asset valuations at his sprawling real estate company, and must pay $10 000 a day until he complies.

Monday’s ruling, which adds pressure on the former president as New York Attorney General Letitia James seeks to wrap up her investigation, came after a lawyer for James said at a hearing that the state is likely to bring an enforcement action against the Trump Organization “in the near future.”

It is a significant victory for James, a Democrat, who for months has accused Trump of ignoring outstanding subpoenas even as his company has handed over more than 6 million pages of corporate documents. Trump, the most prominent Republican in the party, has argued that he is the target of a political vendetta and that he has no more records to hand over, especially since he doesn’t use a computer.

New York state court judge Arthur Engoron said at the hearing in Manhattan that Trump or his lawyer should have provided a sworn affidavit detailing the effort to search his records.

“There is no admissible evidence of what, who, when, where and how any search was conducted,” Engoron found. Trump’s response so far, he said, “doesn’t cut it.”

Hours later, the same judge ordered Cushman & Wakefield, a real-estate services firm long used by Trump, to comply with subpoenas for records about appraisals on properties at the centre of New York’s probe.

Engoron ruled that Cushman & Wakefield, which severed ties with Trump last year after the January 6 Capitol riot, doesn’t have a valid reason to challenge the subpoenas, especially after the investigation has found inconsistencies in some Trump-related appraisals.

The civil contempt finding comes as James works to determine if the Trump Organization used fraudulent asset valuations for years to get better terms on loans and insurance coverage and to secure millions of dollars in tax refunds for donated land. Trump and two of his adult children are fighting a separate battle with James over whether they should be forced to sit for sworn depositions.

She has said the investigation has already uncovered “significant” evidence that misleading valuations on some of Trump’s biggest properties have been used in financial statements relied on by banks and insurers.

“For years, Donald Trump has tried to evade the law and stop our lawful investigation into him and his company’s financial dealings,” James said in a statement after the ruling. “Today’s ruling makes clear: No one is above the law.”

“We respectfully disagree with the court’s decision today,” Habba said, adding that the only legitimate issue was that her own affidavit outlining her search of Trump’s records wasn’t sufficient.

“This does not even come close to meeting the standard on a motion for contempt,” she said.

During the hearing, she vouched for Trump’s integrity.

“My client is an honest person, much to the dismay of some of the people in this room,” Habba said.

Kevin Wallace, the AG’s attorney, didn’t give any details at the hearing about what kind of enforcement action the state might bring or when it might be filed. He indicated that the investigation could continue even after the potential action is filed and said getting documents from Trump and his company was like “pulling teeth.”

Andrew Amer, another lawyer for the state, said that Trump’s response to the subpoenas was clearly unacceptable and that his cellphones should be searched. The state asked the judge to order that a third-party document discovery firm take control of the search.

“We don’t have evidence from the person who sits at the top of this organization,” Amer said.

Engoron didn’t respond to those requests during the hearing.

But he called the lack of an affidavit from Trump confirming he has no more records responsive to the subpoenas the “800-pound gorilla in the room.”

Habba said she would be willing to amend a response she filed with the court to affirm that she personally searched filing cabinets outside her client’s office at Trump Tower, reviewed records stored in closets and off-site and interviewed him about the records in person in Florida. She said all the records had been turned over.

“President Trump does not email, he does not text-message and he has no work computer at home or anywhere else,” Habba said.

Habba said Trump would sign such an affidavit if she asked him to.

“How do you know that he will swear to that under oath?” the judge asked.

Habba replied with her assertion of Trump’s honesty.