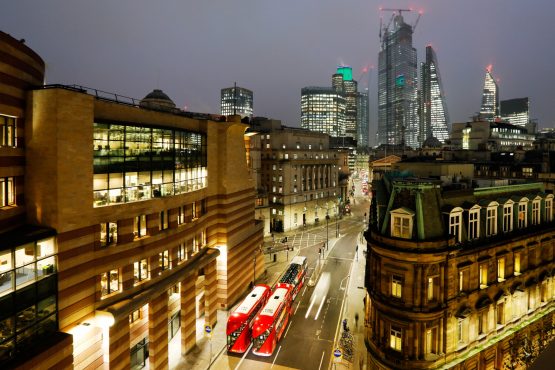 The UK lands itself in trouble with the EU over an obscure transport tax just 12 days after Brexit. Image: Luke MacGregor, Bloomberg

Less than two weeks after leaving the European Union, the UK is already back in trouble with the bloc.

While Brexit day was meant to enable Britain to finally throw off the shackles of the Brussels bureaucracy, the UK government now finds itself having to answer questions over an obscure transport tax that the EU doesn’t like. It’s a dispute that has the potential to end up in court.

It’s a stark reminder that although the country technically ended its 47-year membership of the EU on January 31, a transition period that extends throughout 2020 means it’s still bound by the bloc’s rules and jurisdiction. While Britain doesn’t get a say in any decisions or policymaking, EU law applies in full.

A levy that the UK introduced for heavy goods vehicles in 2014 discriminates against foreign truck drivers because British ones can get refunded for the tax they pay, the European Commission said on Wednesday in a statement. That goes against the EU’s philosophy of treating citizens from all of its countries equally.

So while the right to give preferential treatment to British nationals was one of the cornerstones of the Brexit debate, that power will have to wait.

The commission said the UK has two months to notify it of changes to the way the tax works or face the prospect of being taken to EU courts.

The bloc’s executive arm regularly takes action against its member countries for breaches of EU law, with about one in 10 ending up in the EU’s Court of Justice.

And the Britts are shivering in their shoes?

…they must be still enjoying their full English Brexfist?

“Very well. Carry on as you were” …..it will be all be sorted after tea-time 😉

(Chuckles aside, the tough British have survived much more in history than this mere bump in the road). So sê hulle.