Boris Johnson said the UK must learn to live with coronavirus as he ended pandemic rules in England.
By Joe Mayes and Kitty Donaldson, Bloomberg 22 Feb 2022  07:11 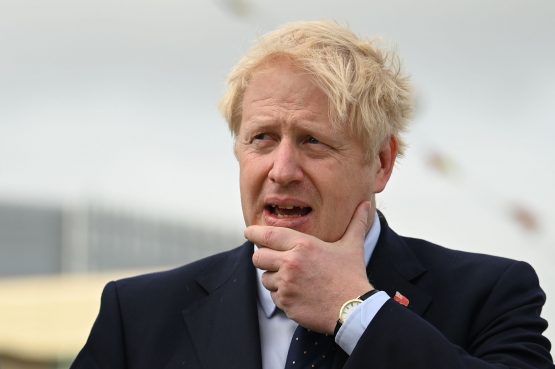 Boris Johnson said the UK must learn to live with coronavirus as he ended pandemic rules in England, becoming the first major Western government to do so even as his scientific advisers warned infections will rise.

Speaking in the House of Commons on Monday, Johnson laid out a plan to lift all legal curbs, to be replaced with an emphasis on “common sense” and personal responsibility in the next phase of the pandemic. People with Covid-19 will no longer have to self-isolate from Thursday, while access to free tests will end on April 1. The changes are subject to a vote in Parliament.

The move was welcomed by members of Johnson’s ruling Conservative Party, giving the prime minister a rare boost after weeks in which his leadership has been called into question over a series of gaffes and scandals.

“Restrictions pose a heavy toll on our economy, our society, our mental well-being,” Johnson told Parliament. “We do not need to pay that cost any longer.”

But speaking alongside Johnson at a televised briefing later, Britain’s chief scientists laid out the risks. Chief Scientific Adviser Patrick Vallance said new variants are inevitable, some of which could evade current vaccines, while Chief Medical Officer Chris Whitty said some hospitals are still under pressure.

“The omicron wave is still high,” Whitty said. “This is still a very common infection.” Though there will no longer be a legal requirement to do so, people should still take precautions including wearing masks and taking tests, especially before meeting vulnerable people, he said.

Johnson’s “Living with Covid” plan comes against the backdrop of declining cases, hospitalizations and deaths linked to the disease in Britain.

Yet it’s also the case that Johnson’s political hands were tied. Coronavirus rules were due to expire at the end of March, and Tory MPs had made clear that any attempt to extend them would result in another rebellion against him.

Currying favour with his party is a key consideration for Johnson as he battles for his political future. Facing a police investigation into alleged rule-breaking parties in Downing Street during the pandemic, some of his party are still threatening to try to trigger a no-confidence vote in his leadership.

In the House of Commons, lockdown-skeptic Tories including Mark Harper welcomed the plan, and Johnson will have noticed their bullish tone.

The premier will now be hoping the announcement helps him to shift the focus. The pandemic response has been the defining challenge of his government and Johnson himself was hospitalised with the disease in April 2020.

But his government has been heavily criticised, with the UK recording more than 161 000 Covid deaths — the second-highest fatality count in Europe after Russia — despite one of the world’s most successful vaccine programs.

Opposition lawmakers accused Johnson of putting his political survival ahead of public safety, and pointed to the apparent disconnect between urging people to take personal responsibility for limiting the spread of the disease when the government is scrapping free coronavirus testing.

They were helped by some last-minute drama earlier on Monday, when a planned meeting of Johnson’s senior ministers to sign off on the plan was delayed. Several newspapers reported a dispute between Chancellor of the Exchequer Rishi Sunak and Health Secretary Sajid Javid over funding for Covid tests. Their spokespersons declined to comment.

In Parliament, Johnson made clear that the “vast cost” of the testing program had to be scaled back, but the damage of the reported row had been done.

“This is a half-baked announcement from a government paralysed by chaos and incompetence,” said Keir Starmer, leader of the main opposition Labour Party. “What confidence can the public have that this is the right approach?”

Faced with repeated questions about the reduction of testing and the UK’s ability to identify new strains, Johnson said the government would invest in surveillance and would be ready to roll out surge testing if needed. He called the new approach “balanced, sensible, proportionate.”

“It is time that we got our confidence back,” he said.