If they stay outside the purview of regulators, according to Securities and Exchange Commission Chairman Gary Gensler.
By Ed Ludlow, Bloomberg 28 Sep 2021  08:04 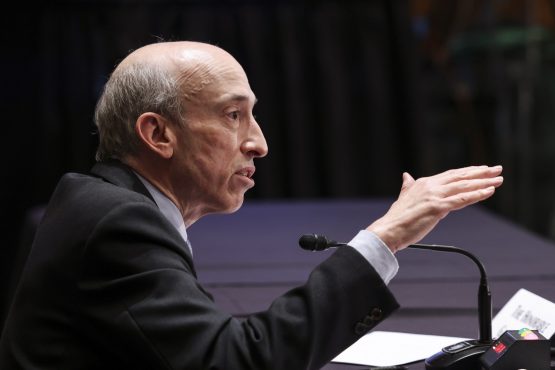 US cryptocurrency markets and related platforms will “not end well” if they stay outside the purview of regulators, according to Securities and Exchange Commission Chairman Gary Gensler.

“There’s trading venues and lending venues where they coalesce around these, and they have not just dozens but hundreds and sometimes thousands of tokens on them,” Gensler said Monday at the Code Conference in Beverly Hills, California. “This is not going to end well if it stays outside the regulatory space.”

The regulator has previously labeled crypto as the “Wild West” and signaled that he wants more robust oversight of the markets. Last week, Republican Senator Pat Toomey called on Gensler to codify rules for the industry, rather than pursuing “regulation by enforcement.”

At Monday’s conference, Gensler declined to comment on remarks made earlier this month by Coinbase Global Inc. Chief Executive Officer Brian Armstrong that the SEC was regulating by litigation and engaging in “sketchy behaviour.”

Wow the SEC. Are these the same guys that went after eminem in the 90’s and early 2000’s? Or the same SEC that’s letting Kaplan and Rosengren walk after insider trading? This is a joke right? These people are a joke why would you even post this article.