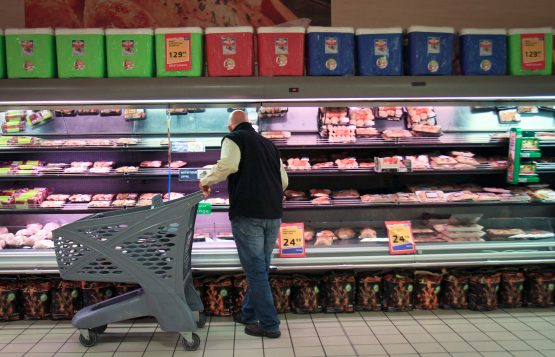 South Africa’s recent poultry-tariff increases give European exporters an unfair advantage over their American competitors even though the country benefits from duty-free access to the world’s biggest economy, according to U.S. Trade Representative Robert Lighthizer.

“That strikes me as completely crazy,” he said in a House Ways and Means Committee hearing on trade policy on Wednesday.

The continent’s most-industrialised economy has duty-free access to the U.S. market under the so-called Generalized System of Preferences, America’s oldest and largest trade-preference program for the world’s poorest economies. The African nation raised duties on frozen bone-in chicken pieces to 62% from 37% for imports from all countries excluding those in the European Union, with which it has a free-trade agreement, and the Southern African Development Community. South Africa also increased tariffs on frozen boneless-chicken cuts to 42% from 12%.

Increases in levies were effected to help protect local producers that sought measures to counter a flood of cheap shipments that contributed to annual losses of R6.5 billion for the local industry.

The move drew immediate criticism from the U.S. government, which previously threatened to exclude South Africa from a preferential trade agreement after a disagreement over the levies in 2015. South Africa allows the U.S. to ship a maximum of 65,000 metric tons of frozen bone-in chicken portions for free per year so it could remain a beneficiary of the African Growth and Opportunity Act, which provides 39 sub-Saharan African countries with duty-free access to the U.S. for about 6,500 products ranging from textiles to manufactured items.

The U.S. wants its trade and investment relationship with South Africa to continue to grow, rather than shrink, the U.S. Embassy in Pretoria said in an emailed response to emailed questions on June 12.

The U.S. began a review of the South Africa’s market access under the GSP in January after the US Trade Representative accepted a complaint that the country’s draft new legislation failed to “provide adequate and effective protection” of U.S. copyrights. A negative review could put as much as $2.4 billion of South African exports at risk.