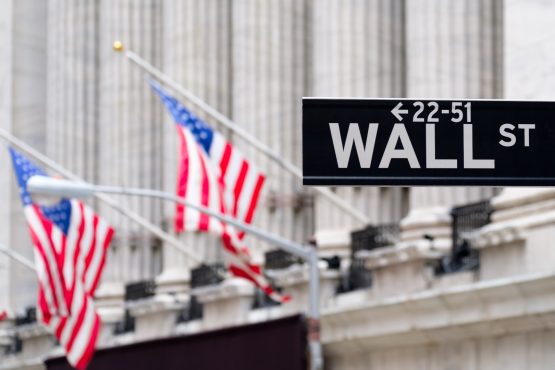 Wall Street’s main indexes fell on Friday following a report that the Federal Reserve plans to cut interest rates by only a quarter-percentage point at the end of the month.

The benchmark S&P 500 erased earlier marginal gains after a Wall Street Journal report on the Fed’s plans. According to the report, while the US central bank is not prepared to make a bigger 50-basis-point cut, it may make further rate cuts in the future given concerns about a decline in global economic growth and uncertainty about trade.

On Thursday, stocks had risen as comments from New York Fed President John Williams increased hopes of a bigger rate cut. Later that day, however, a New York Fed representative said Williams’ comments were not intended to telegraph any hints about upcoming Fed policy actions.

“It appears that the Fed has communicated its message,” said Bucky Hellwig, senior vice president at BB&T Wealth Management in Birmingham, Alabama. “They’re basically trying to clarify their policy.”

Futures market odds of a 50-basis-point cut at the Fed’s July meeting soared to 71% late Thursday immediately after Williams’ speech but fell to 22.5% on Friday, according to CME Group’s Fedwatch tool.

The expiration of options on Friday likely amplified the market reaction to the report, said Dennis Dick, head of markets structure at Bright Trading in Las Vegas.

“It’s been one of those days where you get a lot of chop,” he said. “This is often on the third Friday of the month. The traders are expecting this.”

Second-quarter profits at S&P 500 companies are now estimated to rise 1%, according to Refinitiv IBES data, in a reversal from earlier expectations of a small drop.

Boeing shares gained 4.5%, despite the planemaker’s disclosure that it would take a $4.9 billion after-tax hit from the grounding of its 737 MAX, indicating that investors had expected more severe repercussions.

Shares of American Express slipped 2.8% after the credit card issuer warned of higher operating costs this year as it spends heavily on rewards programs to attract customers.

Declining issues outnumbered advancing ones on the NYSE by a 1.29-to-1 ratio; on Nasdaq, a 1.51-to-1 ratio favoured decliners.

Volume on US exchanges was 6.25 billion shares, compared to the 6.59 billion average for the full session over the last 20 trading days.

The name Quantitative easing is helping maintaining stock value. Money lend by zero interest rate become plus value by buying financials. Obvious, one day, all farmers and producers, the lot, will join in to buy. Leaving others to do the hard work.