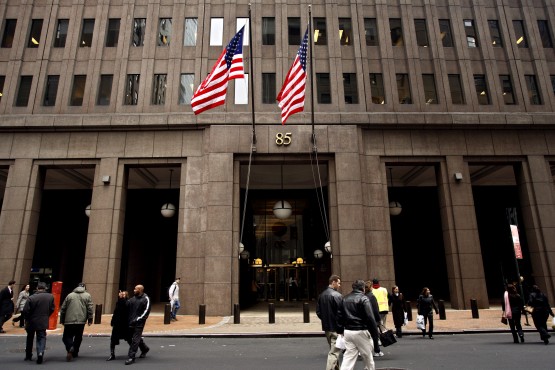 Energy stocks spiked while most of Wall Street fell on Monday after weekend attacks on Saudi Arabia’s oil facilities added to investors’ concerns about geopolitical risk and a stumbling global economy.

The attacks on the world’s biggest crude exporter sent oil prices up more than 20% before they eased, as various nations said they would tap emergency reserves to ensure stable supplies.

The S&P 500 energy index, a gauge of one of the worst performing sectors so far this year, soared 3.3%, its largest one-day gain since January. Shares of Apache, Helmerich and Payne and Cimarex Energy jumped between 12% and 17% and led gainers on the S&P 500.

The Saudi-led military coalition battling Yemen’s Houthi movement said the attacks were carried out with Iranian weapons, raising the prospect of a global conflict involving the United States and Iran.

“The US investor is waiting with bated breath about what the US and its allies might do,” said Jake Dollarhide, chief executive officer of Longbow Asset Management in Tulsa, Oklahoma.

Anticipation of higher fuel costs drove down shares of airlines and cruise line operators with the S&P 1500 airlines index shedding 2.1%, while Carnival fell 3.2%.

The S&P 500 retailing index lost 1.4%, with retailers, which would be hurt by higher fuel prices, among the biggest drags on the S&P 500.

“The drone strike in Saudi has had an impact on how investors are looking at the security and stability of the global energy supply chain and is fuelling a degree of risk reassessment,” said Peter Kenny, founder of Kenny’s Commentary and Strategic Board Solutions in New York.

Eight of the 11 major S&P sectors were lower.

Wall Street’s more than a decade-long rally continues to hinge on whether the Fed will keep cutting interest rates and on progress in US-China trade talks. A recent easing in trade tensions has brought the benchmark S&P 500 about 1% below its record high.

Among other movers, General Motors fell 4.2% after the United Auto Workers went on strike on Sunday, the first nationwide strike at GM in 12 years.

Advancing issues outnumbered declining ones on the NYSE by a 1.12-to-1 ratio; on Nasdaq, a 1.11-to-1 ratio favoured advancers.

Volume on US exchanges was 7.6 billion shares, compared with the 6.8 billion-share average over the last 20 trading days. Africa’s coronavirus case fatality rate stands at 2.5%, higher than the global level of 2.2%.