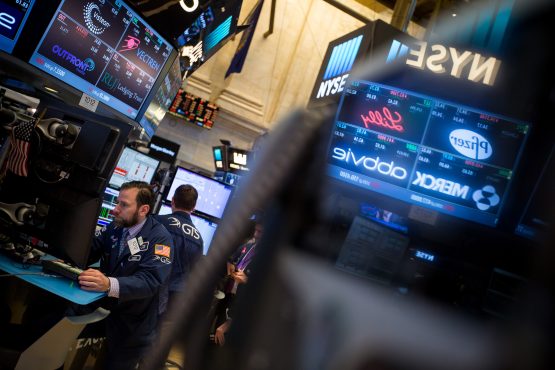 US stocks climbed on Monday as reports of stimulus efforts in China and Germany calmed fears of a severe downturn in the global economy that were stoked last week as bond yields fell.

The benchmark S&P 500 has recovered most of its losses following Wednesday’s brief inversion of the yield curve between 2-year and 10-year Treasuries, commonly viewed as an indicator of a recession within the next two years. After falling nearly 3% on Wednesday, the S&P 500 has risen for the last three sessions.

“Those are positive stories, and it’s fostered a risk-on environment that has persisted throughout the day,” said Michael O’Rourke, chief market strategist at JonesTrading in Greenwich, Connecticut. “Investors are glad to see that countries are recognising the risks out there.”

After the market close, the Washington Post reported that White House officials have discussed the possibility of a temporary payroll tax cut to spur the US economy, joining other global economic stimulus efforts.

Stocks also received a boost as Washington extended by 90 days the window during which China’s Huawei Technologies , blacklisted by the US government in May, can buy components from US companies to supply existing customers.

Shares of Apple Inc rose 1.9% to provide the biggest boost to the Nasdaq and the second-largest boost to the S&P 500 and the Dow. President Donald Trump said on Sunday that he had spoken with Apple chief executive officer Tim Cook, who “made a good case” that tariffs could hurt Apple.

Given concerns about economic growth, investors have looked closely for cues from the Federal Reserve on monetary policy. In July, the US central bank cut interest rates for the first time in more than a decade.

Wednesday’s release of minutes from the Fed’s July policy meeting, as well as chair Jerome Powell’s speech at the Jackson Hole symposium on Friday, might provide indications on whether the central bank will cut rates further, investors said.

Shares of Estee Lauder Cos Inc jumped 12.5% to a record high as the beauty company forecast full-year revenue and profit above estimates, bolstered by booming demand for its premium skincare products in the Asia-Pacific region.

Advancing issues outnumbered declining ones on the NYSE by a 2.81-to-1 ratio; on Nasdaq, a 2.45-to-1 ratio favoured advancers.

Volume on US exchanges was 6.28 billion shares, compared to the 7.58 billion average for the full session over the last 20 trading days.

Compare the USD returns over the last 5 years of the SP 500 to the JSE Top 40 and one could vomit. All because of Zuptaland leadership with the hopeless ANC team