Watch these other European stocks on Italy’s virus measures 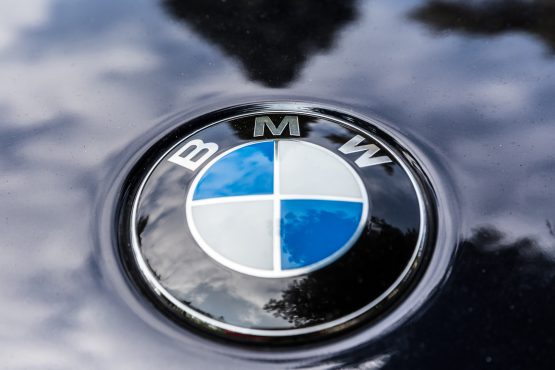 Watch for any reaction in shares of Volkswagen and BMW, which both have factories in Italy. Image: Shutterstock

Italy’s extreme measures to contain the coronavirus outbreak may hit local equities and bonds, but there are plenty of other stocks exposed to the country that investors should also be watching.

European airlines, luxury goods makers exposed to fashion hub Milan and carmakers with factories in northern Italy are among sectors that may move after the government introduced far-reaching measures restricting movement and activity for around a quarter of the country’s population. The drastic rules may rattle already-jittery investors, while there are doubts about how strictly the new measures will be enforced. Meanwhile, the Milan stock exchange will operate as normal on Monday.

With Italian stocks on the edge of a bear market and European stock futures pointing to a bloodbath at the open, here are some sectors and stocks to watch.

Airline stocks have already been hit hard by the outbreak and will be in focus again, given that Milan’s Malpensa airport is a key regional hub. Long-haul carriers like International Consolidated Airlines Group, Deutsche Lufthansa AG and Air France-KLM all fly to Malpensa, as well as budget airlines easyJet Plc, Ryanair Holdings and Wizz Air Holdings.

Other tourism-related stocks are likely to be under pressure. Hotel operators Accor SA and InterContinental Hotels Group Plc both have multiple properties in Milan and Spain’s NH Hotel Group SA gets around 18% of annual group revenue from Italy, including from spots in Milan. TUI AG, Europe’s largest operator of package tours, and cruise companies including Carnival Plc and over-fifties-focused firm Saga Plc. also operate trips in Italy. Passengers on one of Carnival’s cruise ships were quarantined in a port near Rome in January.

European luxury stocks — already suffering from lower footfall in Asian stores — will be hurt by a reduction in shopper numbers in fashion capital Milan. Major conglomerates like LVMH Moet Hennessy Louis Vuitton and Kering are both heavily exposed to the country via multiple brands, while Burberry Group and shares of watch makers Cie Financiere Richemont and Swatch Group could be active.

Also watch Danish charm bracelet maker Pandora, which said last week it has closed 30 stores in the country due to the virus outbreak.

And it won’t only be the retailers, but also the companies that own store outlets. French mall owner Klepierre SA gets 17% of group revenue from Italy, including the Metropoli shopping center in Milan, and Dutch firm Eurocommercial Properties gets 40% of its revenue from the eight properties it owns in the country.

Northern Italy is a key European base for car manufacturing, so the drastic containment measures will provide another reason for investors in the cyclical sector to worry. Watch for any reaction in shares of Volkswagen and BMW, which both have factories in Italy, plus exposed car parts firms like Cie Generale des Etablissements Michelin SCA and Continental.

Finnish elevator manufacturer Kone Oyj is exposed through its supply chain. It and its largest supplier, Wittur, both have factories in the suburbs of Milan, analysts at Jefferies noted in a recent report.

Other selected stocks to watch

Some European telecom stocks have a sizeable exposure to Italy, with Spain’s Cellnex Telecom SA getting 27% of annual sales from the country and the UK’s Vodafone Group getting 13%.

Denmark’s Royal Unibrew derives 14% of revenue from Italy, led by its ownership of the Terme di Crodo soda brands.

UK valve maker Rotork gets around 9% of sales from Italy and has a factory in Milan.