With Jonathan, Africa’s list of good losers gets longer 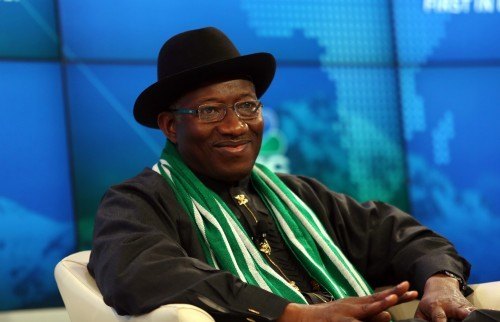 Graciously conceding defeat is not something candidates in African elections have traditionally been very good at.

In a macho political culture that sees a routing at the ballot box as a source of shame, refusal to accept a result often leads to protracted battles in court, on the streets or in the worst cases a military crackdown.

So when Nigerian President Goodluck Jonathan magnanimously threw in the towel to challenger Muhammadu Buhari after the latter’s stunning victory in the weekend’s presidential election, he joined a growing list of African leaders for whom humbly admitting the game is up has become a cause for pride.

“I thank all Nigerians once again for the great opportunity I was given to lead this country,” a sombre Jonathan said in his concession speech. “I have conveyed my personal best wishes to General Muhammadu Buhari.”

Such speeches used to be rare on a continent still getting used to winner-takes-all electoral contests and where power has frequently changed hands at the barrel of a gun.

Academics have long pondered the reasons – it could be the emphasis in a traditional African societies on consensus over competition or that losing political office can mean the difference between sleeping in a palace or a shack.

The wide margin of Buhari’s win, enabling the first peaceful transfer of power at the ballot box in Africa’s most populous nation, certainly helped.

But the idea leaders need to know when it is time to pack their bags has also gained ground over the last five years.

When former Ivory Coast President Laurent Gbagbo refused to concede to Alassane Ouattara in 2010, re-igniting a civil war, one of Gbagbo’s most high profile campaigners, reggae star Alpha Blondy, publicly urged him to play fair and hand over.

He failed to listen and is now facing war crimes charges in The Hague.

Senegal’s former President Abdoulaye Wade in 2012 became the first West African leader in a while to concede defeat when he was thumped by former protege Macky Sall, enabling Sall to proclaim that “the big winner…is the Senegalese people”.

In Southern Africa too, the time has come where a “big man” was told by voters he was no longer popular – and has had to accept their verdict.

Ex-Malawian president Bakili Muluzi, who observed Nigeria’s elections for the Commonwealth, ran against dictator Hastings Banda in 1994 and succeeded in ending his 33-year-rule.

“He was unhappy. He said to me ‘You are like my son and now you are running against me,'” he told Reuters outside a polling station on Saturday. “But he couldn’t do anything about it.”

Zambia’s Rupiah Banda drew more than a few tears when, on losing his presidency to Michael Sata in 2011, he told the nation: “I have no ill feeling in my heart”.

“I wish him well in his years as president,” he continued. “Now is the time for a new leader. My time is done. It is time for me to say good bye.”

So now it is 3 out of how many countries?