It will enhance authorities’ understanding of risks to global financial stability posed by the activities of entities in financial markets – Carney.
Ben Moshinsky, Bloomberg  /  4 March 2015 17:13 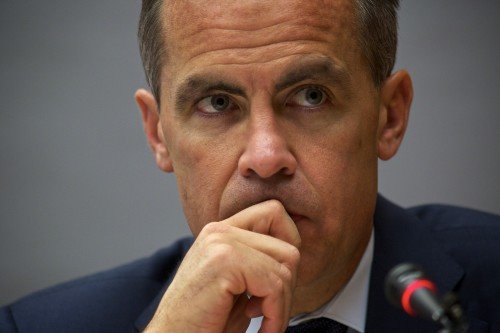 The world’s largest fund managers are in line for tougher rules as global regulators push ahead with plans to identify too-big-to-fail firms in the face of opposition from the industry.

The Financial Stability Board and the International Organization of Securities Commissions said on Wednesday that the failure of an asset manager could “cause or amplify significant disruption to the global financial system.” Firms such as Pacific Investment Management Co., Fidelity Investments and BlackRock Inc. had challenged this premise in response to an initial proposal last year.

“The revised proposal marks an important step toward addressing any too-big-to-fail problems among entities that are neither banks nor insurers,” FSB Chairman Mark Carney said in a statement. “It will also enhance authorities’ understanding of the risks to global financial stability posed by the activities of entities in financial markets.”

The FSB already ranks banks and insurance companies by their potential to cause a global meltdown. For lenders led by HSBC Holdings Plc and JPMorgan Chase & Co., designation as a global systemically important bank has brought higher capital requirements and tougher scrutiny intended to make them more resilient in a crisis. The regulator is seeking views on how to identify too-big-to-fail fund managers and hasn’t yet spelled out the rules they may face.

Pimco and BlackRock said last year in response to the FSB’s first proposal that asset managers pose no systemic risk. Asset managers don’t guarantee the performance of the funds they manage, Pimco said.

“Indeed, Pimco has never supported any of its funds in any capacity during its 40-year-plus history,” the company said. “Instead, the risk of loss falls exclusively on the fund and its shareholders,” it said. “An asset manager functions as an agent for its clients, while banks act as principal.”

The FSB, which brings together regulators and central bankers from the Group of 20 nations, countered on Wednesday that an asset manager “that faces distress or forced failure could, in certain circumstances, potentially cause or amplify significant disruption to the global financial system and economic activity across jurisdictions.”

In its proposal last year, the FSB said investment funds with more than $100 billion in assets should be assessed to determine if they’re too big to fail.

The revised proposal retains size thresholds. For example, hedge funds and private equity firms with exposures of more than $400 billion would now automatically go on a preliminary list of systemically important firms.

Supervisors will then make a more detailed assessment of funds and asset managers based on criteria such as the use of leverage, interconnectedness with the wider financial system and geographic spread, before compiling a final too-big-to-fail list, which would be published and updated annually.

For broker-dealers and non-bank credit firms, the FSB sets a balance-sheet floor of $100 billion, and while size markers for asset managers are yet to be proposed, “a threshold of $1 trillion, for example, in assets under management may be considered,” according to the report. The regulator is seeking public comment on the proposal until May 29.

“Understanding the key drivers and transmission mechanism of risks posed by the failure of a” fund manager “is the first step of designing the appropriate policy tools to address such risks,” Daniel Tarullo, a member of the Board of Governors at the U.S. Federal Reserve, said in the statement.

Specific responses fund managers made to last year’s proposals included that size is not an appropriate criterion for measuring systemic risk, with leverage a more accurate measure. They also said that authorities should focus on regulating particular activities that are of concern rather than targeting individual firms or funds.

“The size of a fund is not indicative of systemic risk, and most of the largest funds today are unlikely to pose systemic risk issues,” BlackRock said in its response to the original proposal last year.

Focusing on the asset managers themselves would also be “the wrong approach,” the firm said. They “are dramatically less susceptible to financial distress than banks, broker- dealers or insurers.”

Carney, who is also governor of the Bank of England, said earlier this year that the push to tackle the too-big-to-fail problem should encompass “insurers, finance companies, market intermediaries, investment funds and critical market infrastructure.”

Assets of the global fund management industry grew by 13 percent in 2013 to $146 trillion, according to data from TheCityUK, which promotes the City of London. As much as 80 percent of all assets outside of the banking and insurance industries are in the hands of such finance companies, broker- dealers and investment funds, according to the FSB.