This isn’t the first time Minsheng has faced a reckoning after a period of rapid growth.
By Bloomberg 11 Jan 2022  21:58 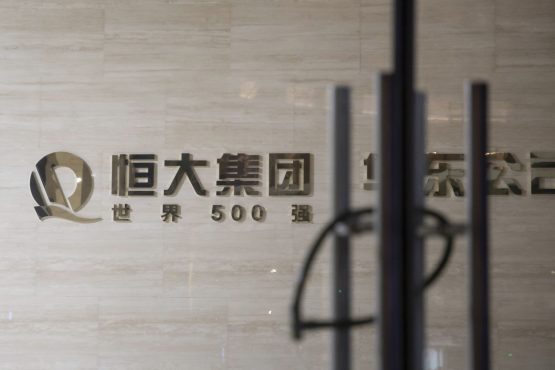 It was once hailed as the future of Chinese banking, a privately run lender that would mint money by outmaneuvering its state-owned rivals.

An ill-fated push into property lending has instead turned China Minsheng Banking Corp. into one of the biggest casualties of the real estate debt crisis that’s roiling Asia’s largest economy.

Battered by mounting losses on loans to developers including China Evergrande Group, Minsheng’s stock tumbled 31% in the 12 months through last week — the worst performance in the 155-member Bloomberg World Banks Index. Hedge funds and other short sellers are more bearish on the lender than any of its global peers.

People familiar with Minsheng’s operations say the bank, founded in 1996 as China’s first non-state controlled lender, is now in damage control mode. It has restructured its real estate finance group to give more power to local branch managers, made reducing holdings of property debt a top priority for 2022 and plans to cut salaries for some staff by half, the people said, asking not to be named discussing private information.

Minsheng’s plight underscores the widening fallout from Chinese President Xi Jinping’s crackdown on the property industry and other parts of the country’s capital-hungry private sector.

It also offers a warning to global financial firms that are investing billions of dollars to expand in China: Bets that seem like sure things can quickly sour when the nation’s policy makers decide to change course.

Minsheng has about 130 billion yuan ($20 billion) of exposure to high-risk developers, amounting to 27% of its so-called tier-1 capital, the most among big Chinese lenders, Citigroup Inc. analysts estimated in a September research report. The bank will need years to work through its bad debt problem and a capital injection from a stronger rival can’t be ruled out, said Shen Meng, director at Chanson & Co., a Beijing-based boutique investment bank.

“The pursuit of high growth and returns to its private shareholders pushed the bank to take on lots of high-risk investments,” Shen said.

Chairman Gao Yingxin, who joined Minsheng from Bank of China Ltd. in 2020, pledged to address the lender’s challenges at a shareholders’ meeting in June. “Ten years ago we were the pearl on the crown, but now our gap with peers is widening,” Gao said. “Corporate governance will switch from short-sightedness to long-termism.”Minsheng said in a response to questions from Bloomberg that it completed a restructuring of its real estate finance unit at the end of 2020, transferring some functions to local branches. Employee compensation is largely stable, the bank added.

This isn’t the first time Minsheng has faced a reckoning after a period of rapid growth. In 2009, Dong Wenbiao, who helped found Minsheng alongside other wealthy Chinese businessmen including pig-feed tycoon Liu Yonghao and property mogul Lu Zhiqiang, orchestrated the bank’s push into steel-industry lending as part of a goal to become the most profitable bank in China. While Minsheng’s earnings surged at an annual rate of nearly 50% over the next five years, a steel sector downturn ultimately led to a pileup of bad loans and Dong left the bank in 2014.

Minsheng then pivoted to the property industry, which enjoyed several years of debt-fueled growth until Xi’s government began imposing ever-tighter curbs on housing speculation and developers’ leverage. As defaults began to soar, Minsheng reported a 36% drop in profits in 2020 — the most in at least two decades — and another 5% decline in the first nine months of 2021.

More pain is all but guaranteed. The bank is one of the biggest creditors to Evergrande, whose debt crisis has rattled global markets over the past year and sparked financial contagion across China’s property industry. Minsheng had about 29 billion yuan of exposure to Evergrande as of June 2020, according to a letter seen by Bloomberg that the developer sent to provincial authorities that year.

Minsheng said in September that its loans to Evergrande had dropped by about 15% since June 2020, without specifying a level. When taking into account the bank’s indirect lending to Evergrande through trust products, Minsheng’s exposure to the developer exceeds 29 billion yuan, people familiar with the matter said, without providing a specific figure.

Minsheng said in its response to queries from Bloomberg that its loans to Evergrande are all tied to residential projects, with sufficient collateral including land, properties and projects under construction. The bank said it hasn’t invested in Evergrande bonds or cooperated through wealth management products or funds.

Minsheng has also been a major lender to other troubled developers including China Fortune Land Development Co., Sichuan Languang Development Co. and Tahoe Group Co. Its total exposure to real estate loans totaled 417 billion yuan as of June 30. While that’s down about 20 billion yuan from the start of 2021, it’s still nearly double the level five years earlier.

Adding to investor concerns are questions about Minsheng’s corporate governance. The bank has been hit with at least three fines exceeding 100 million yuan each over the past three years — more than any of its peers — for regulatory lapses including non-compliant developer loans and wealth management products.

The bank’s relationship with one of its largest shareholders, Lu’s China Oceanwide Holdings Ltd., has also raised eyebrows. Minsheng extended a 21.6 billion yuan credit line to Oceanwide in December even after the developer had defaulted on a dollar bond. The bank has said it maintains strict monitoring measures for Oceanwide and will control risks by strengthening its collateral.

Many of Minsheng’s challenges have arguably been priced in by investors. The bank, which has a market capitalization of $25 billion, trades in Hong Kong for just 0.2 times reported net assets, the lowest level in the Bloomberg World Banks Index. JPMorgan Chase & Co., the biggest U.S. bank by market value, has a multiple of 1.94.

Credit markets suggest Minsheng will weather the real estate downturn without a liquidity crisis of its own. The bank’s one-year negotiable certificates of deposit have an indicated yield of about 2.77%, only a few basis points higher than peers including China Merchants Bank Co. and Ping An Bank Co. Minsheng stands to benefit if Chinese policy makers continue their recent easing of curbs on the property sector, a shift that has already helped the bank’s stock stabilize in recent weeks.

Minsheng has pegged its future growth on retail banking and lending to small businesses — areas that, for now at least, enjoy support from Xi’s government. The bank has hired several high-profile executives from rivals to lead its transition.

Meanwhile, short sellers are betting that Minsheng will face more turmoil as China’s developer crisis drags on. Wagers against the bank amount to 8.6% of shares outstanding, nearly double the level at the second-most shorted firm in the Bloomberg World Banks Index, according to IHS Markit data.

The turning point for Minsheng could be a long way off, according to Chanson & Co.’s Shen.

“With the risk of private developers growing, it will take at least three years for Minsheng to clean up its bad debts,” Shen said.