The action is the latest blow to Africa’s second-biggest copper producer.
By Taonga Clifford Mitimingi and Matthew Hill, Bloomberg 22 Oct 2020  15:05 S&P Global Ratings Services cut its assessment of Zambia’s debt to selective default after the southern African nation said it couldn’t meet payments and skipped a coupon on its Eurobonds last week.

The action is the latest blow to Africa’s second-biggest copper producer, which is trying to convince bondholders to give it a six-month interest-payment holiday while it drafts debt-restructuring plans. The ratings company, which didn’t wait for a 30-day grace period to expire after the missed coupon payment, forecast the nation will remain in default at least through the six months.

“We view the nonpayment of debt service and the statement that the government will not make debt-service payments as a default on its commercial debt obligations,” S&P said in a statement Wednesday. The finance ministry didn’t immediately respond to calls and a text message seeking comment.

Holders of Zambia’s $3 billion in Eurobonds were due to vote October 20 on the government’s request for the payment freeze, but the meeting was adjourned to November 13 after a core group of creditors abstained to give more time for talks. Failure to secure approval and pay the coupon by the same date will render the country in technical default.

S&P gives selective default assessments to borrowers that aren’t paying a specific loan or class of debt on time, while meeting its other obligations. General default, or D, is when a borrower isn’t paying all or substantially all of its creditors on time.

Zambia has said it’s seeking to restructure as much as $12 billion in external debt and won’t be able to meet its foreign obligations except to multilateral institutions and for some key projects, if it doesn’t get relief.

Finance Minister Bwalya Ng’andu’s talk of reaching a restructuring agreement with Eurobond holders within months is probably over-ambitious, according to Irmgard Erasmus, an analyst at NKC African Economics. Rather, the nation “may be looking at a multi-year debt re-profiling process,” she said in an emailed note Thursday.

Bondholders have raised concerns about the transparency in Zambia’s treatment of other creditors, including state-owned Chinese lenders. They also want the government to sign an economic program with the International Monetary Fund, which may be difficult until after the general elections scheduled for August.

Half of Zambia’s $12 billion external debt is owed to private creditors, and more than a quarter of the total is due to various Chinese lenders, according to S&P.The IMF sees Zambia’s debt increasing to 120% of gross domestic product, according to its latest Regional Economic Outlook for Sub-Saharan Africa published Thursday.

While the coronavirus pandemic worsened the country’s finances, its economy was already under strain after years of over-borrowing and large budget deficits. The government has repeatedly pledged to trim the shortfalls and reach an agreement with the IMF, but its efforts to date have failed and investors are skeptical.

“A critical underlying challenge is that creditors are negotiating with an administration which has little credibility left,” Erasmus said.

I don’t want to sound mean but here is hoping an unspecified country in the far East takes a haircut on this one. 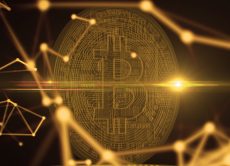