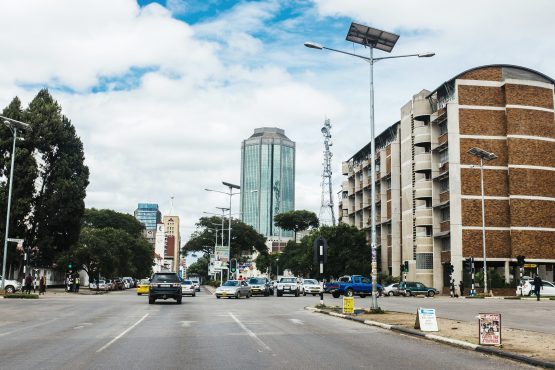 Zimbabwe’s central bank paid out $971 million without obtaining the necessary ministerial and parliamentary approvals, a parliamentary committee was told.

By issuing Treasury bills to cover the costs of its commitments the bank boosted money supply and weakened the national currency.

According to documents presented in parliament on Thursday the Reserve Bank of Zimbabwe agreed to pay $840 million for agricultural supplies under the government’s Command Agriculture programme, which supports small scale farmers. It also paid $51 million to Malaysia Airlines to lease three planes that they never got to use and $80 million to recapitalise the state-owned Zimbabwe Consolidated Diamond.

“Mistakes were made,” said Kupukile Mlambo, deputy governor of the RBZ when he appeared before the Public Accounts Committee. In all instances, the bank has been authorised by the ministry of finance to issue Treasury Bills to cover the amounts owed by government, he said.

The Zimbabwe dollar, introduced in June, has plunged to about 15 per US dollar after initially trading at 2.5 to the greenback. Prior to its introduction the country used a quasi currency known as bond notes and also permitted use of foreign currencies including the dollar.

The International Monetary Fund on Thursday criticised the expansionary monetary policy stance of the government in a report.

The transactions were later approved by the then finance minister, Patrick Chinamasa, and the Treasury bills were issued between 2017 and this year, parliament was told.

The government converted $366 million owed to Sakunda, a politically connected company, into government bonds, the Financial Times reported earlier. Sakunda’s accounts were frozen by the central bank last week. No explanation has been given.

“There is elevated risk of value loss following the above mentioned liquidity injection,” Equity Axis, a company that analyses the Zimbabwe currency market, said in a report. “Although several accounts have been frozen the anticipation of a blow up once the affected accounts are liberated is placing a huge premium on the Zim dollar.”

Committee chairman, Tendai Biti, accused the central bank of conducting quasi-fiscal activities and ignoring established rules of procurement by dealing directly with suppliers of goods and services instead of going through relevant ministries. Biti is an opposition leader and a former finance minister.

Mistakes were made. Oops, there goes $971m. Sooo sorry.

Lol! Give him another chance! Government departments in Africa have turned into “practices” where the minister or government employee “practicing” sometimes gets it right, and sometimes not. But as long as they can admit that they are not perfect and that mistakes were made, everything will be ok. Just say sorry and tell the taxpayer to increase his “contribution” to maintaining the liberty and democracy of Africa, no matter what the cost.

No problem Eskom will provide power and refugees are welcome in upmarket suburbs of SA.