A TV broadcast van sold to a church and an artificial training field to a high school to pay spiraling debts.
By Sapa-AP 20 Mar 2015  00:13 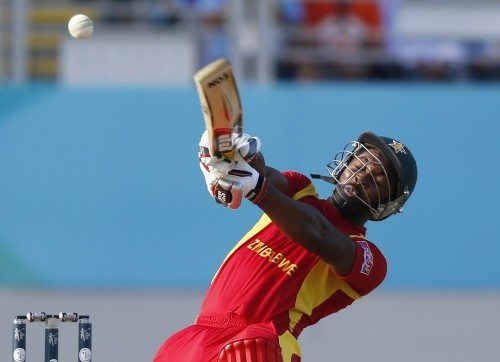 Zimbabwe’s broke national cricket and soccer federations have been forced to sell assets such as a television broadcast van to a church and an artificial training field to a high school to pay spiraling debts.

For the Zimbabwe Football Association, its failure to settle a debt from 2008 to former national coach Jose Claudinei Georgini led last week to the country being thrown out of 2018 World Cup qualifying by FIFA.

This week, Zimbabwe Cricket was forced by a court to sell an outside broadcast van and nine other vehicles used by senior staff, including the chief executive, to pay around $200,000 owed to a former employee who took the body to a labor court.

The TV van was bought for $21,000 by a church. A high school purchased ZIFA’s turf, which was part of a FIFA-funded training center, for $115,000, according to local media reports.

Both federations are in serious financial trouble, reflecting the economic turmoil of the southern African country, which abandoned its own currency in 2009 with inflation estimated at one point at over 11 million percent.

Zimbabwe is one of cricket’s 10 test-playing nations and went to the ongoing World Cup in Australia and New Zealand.

But back home, ZC has been financially troubled for years.

The TV van and cars used by the chief executive, director of coaching, chief selector and others, were sold to raise money to pay former commercial executive Andrew Muzamhindo, who left ZC in 2007. Since then, the amount owed to him has risen with interest and legal fees.

Other vehicles were also auctioned this month to pay debts.

ZIFA said in a statement that it was still unable to pay around $67,000 to Brazilian coach Claudinei, who left his job in 2008. FIFA gave the Zimbabwe several deadlines then ran out of patience.

ZIFA says it has appealed to the world body, and while it wants to pay Claudinei what it owes, it simply has no money.

“FIFA’s decision comes against a background of a severe financial crisis that is currently weighing down the association, literally crippling all operations,” ZIFA said in a statement.

ZIFA said removing the team from World Cup qualifying will “worsen our plight.”

It is also battling with legal orders that have resulted in court officials removing furniture and computers from its headquarters to pay off other debts.