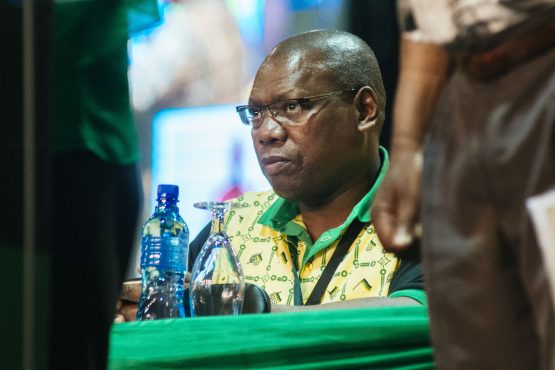 Zweli Mkhize, who quit as South Africa’s health minister last year after he was embroiled in a tender scandal, secured an endorsement to lead the nation’s ruling party from one of its key branches.

The African National Congress in Ward 1 of the eastern coastal eThekwini region, the party’s biggest branch, decided to back Mkhize even though the official nomination process has yet to begin, and will lobby other structures to do likewise, said its chairman, Mbongiseni Hlongwa.

If Mkhize does secure sufficient support to run for the top party job at a conference in December, he’s likely to come up against President Cyril Ramaphosa, who is widely expected to seek a second term. The winner will be the ANC’s presidential candidate in 2024 elections.

“Historically our branch endorses presidents first,” Hlongwa said. “It was us in 2007 which called Jacob Zuma to meet with us and we informed him that we wanted him to stand as president and that we would do the work of convincing other regions and provinces to support him.”

Zuma served as president for almost nine years, and his rule was characterized by rampant corruption, inappropriate appointments and policy missteps. The ANC eventually forced him to step down in 2018 to stem a loss of electoral support and replaced him with his deputy, Ramaphosa.

South Africa’s Special Investigating Unit last year found that Mkhize may have engaged in unlawful conduct when the health department awarded a communications contract to a company controlled by his close associates. He denied wrongdoing and has filed a lawsuit challenging the findings.

Hlongwa said Mkhize’s alleged role in the scandal has yet to be tested in court and his ANC branch was unconcerned about the allegations leveled against him.

Ramaphosa secured his first endorsement for reelection from the chairman of the northern Limpopo province in January this year, and is widely expected to retain his post.

What does it say about the mentality of society when they promote a known fraudster as their leader? This is how prison gangs and mafioso operate. Snail slime is higher than them in the social hierarchy.