A new financial player in Africa 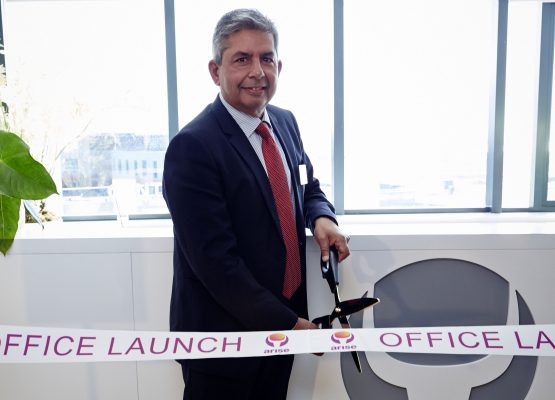 Arise now has some clout with combined assets of $637 million, and the intention of growing this to $1 billion within five years. Its focus is on sustainable development of the sector, as well as profit. “The main objective of establishing this company was to strengthen and develop effective, inclusive financial systems in Africa in order to contribute to economic growth and poverty reduction,” says CEO Deepak Malik.

The shareholders have committed their existing financial portfolios – which include investments in ten banks and other financial companies mostly located in East Africa. In addition the three partners have added capital of $350 million, with the proviso that Arise can call for further funding if necessary.

“Each country faces its own specific challenges, but the common thread running through Africa’s financial sector is the lack of long-term stable risk capital,” says Malik.

Foreign-owned banks have dominated the banking sector in Africa for decades, but by and large they have failed to fully grasp the opportunity. “Perhaps it is because as US- or UK-domiciled banks, they face a lot of regulatory issues, such as know-your-customer and anti-money laundering regulations or perhaps it is because opportunities seem more exciting elsewhere,” he says.

One just has to look at the statistics. Kenya has 43 commercial banks which serve a population of 53 million people – yet 35% of the population is banked. “The issue is that there are three or four big banks which dominate, and then dozens of tier 2 and tier 3 banks which lack capital,” he says.

Similarly Zambia has 19 banks servicing a population of 14 million people, 80% of whom remain unbanked, Malik says.

There is so much scope for growth. “Africa is the fastest growing continent in the world, with the youngest population in the world. It has a lot going for it,” he says. Yet banking services in SSA, with the exception of South Africa, are utterly deficient. “Take mortgage products for instance. Until recently no one gave a housing loan longer than five years.

“Or take credit. There is a huge appetite for credit, but banks are risk averse and prefer other options. Most banks in Africa have more government Treasury Bills on their balance sheets than loans. If a treasury bill pays say 14%, why would a bank lend to a risky customer at 19%?

“So, as you can see, regulations are one issue, but another is the will of the institutions.”

Arise provides long-term, patient capital. It is not a private equity firm with a finite fund life and an exit strategy. “We will take a significant minority stake in a business [usually 28%-40%], which is enough to claim a seat on the board and influence strategy. We want to add value.”

While the focus is predominantly banks, Arise will also invest in financial technology companies, agricultural finance, banking the unbanked. Anything but microlending says Malik.

Although it only came into being at the beginning of February, two deals already in the pipeline have been concluded in the name of the new company.

In the first Arise has acquired a 27.7 % stake in CAL Bank, the third largest bank in Ghana and Arise’s first deal in west Africa.

In the second deal, Arise will provide a $50 million bridging loan to dfcu Ltd in Uganda. This will be enough to recapitalise the bank and enable it to comply with regulatory capital thresholds.

This will enable it to purchase the assets and assume the liabilities of Crane Bank Limited (CBL), which was in receivership. The acquisition of CBL will allow dfcu Bank to diversify its service offerings to its clients and make banking more accessible to the public.

Malik has been involved in banking in Africa for 30 years and acknowledges that currency, economic and political risks can introduce headwinds. However these, he says, can be offset by a fairly high return on equity – in the region of 25% to 30%. “At these levels currency devaluation of up to 10% to 15% is built in.”

Rabobank used to sponsor a Tour de France team. I always thought it sounded too much like its anagram “Rob a Bank”.