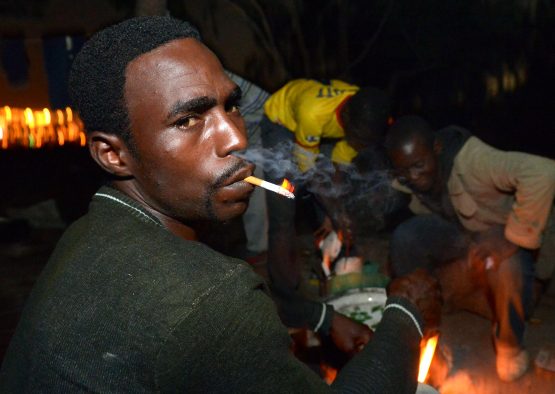 However, tobacco use still poses a significant health, economic and social burden worldwide. In fact, some countries – mostly in Africa – are experiencing increases in smoking prevalence. The latest Tobacco Atlas shows that, globally, 1.13 billion people were current smokers in 2019. And 8.67 million deaths were attributable to tobacco smoking.

The Tobacco Atlas – a partnership between Vital Strategies and Tobacconomics at the University of Illinois Chicago – is a free online resource that examines the nature and magnitude of the tobacco epidemic.

Tobacco use also presents a sizeable economic burden. This includes the cost of treating tobacco-related diseases such as chronic obstructive pulmonary disease, and ischaemic heart disease, as well as the productivity losses from premature illness and death. Globally, the total economic cost of smoking amounts to more than US$ 1.4 trillion a year – equal to about 1.8% of the world’s annual gross domestic product (GDP).

Africa currently has the lowest smoking prevalence rates in the world. But number of smokers in Africa is projected to increase – the region has been flagged as the future epicentre of the tobacco epidemic because of rapid population growth, and intensive marketing efforts by the tobacco industry.

Because of the delay between smoking and the onset of illness and death, this means that the number of African people who will die each year from tobacco-related diseases is likely to increase. The costs of treating smoking-related diseases will correspondingly become an increasingly significant economic burden in these countries.

It is, however, possible to avert this. Key steps include introducing strong prevention policies.

In Zimbabwe, for example, China Tobacco set up the China Tobacco Ma Bo Hope Primary School in 2019. In this way, the industry is using corporate social responsibility to gain legitimacy, build public trust, and further its business interests. From building schools to funding scholarships, tobacco companies use these publicised acts of goodwill to gain influence with governments and try to mute life-saving tobacco control policies.

One way for governments to fight back is through the use of counter-advertising campaigns that educate young people about the tactics the industry uses to target them. This can be done through mass marketing campaigns on the harms of tobacco use and through the introduction of plain packaging and graphic health warnings on tobacco packs.

These tools are under-used in Africa. Between 2018 and 2020, only 15 African countries ran at least one mass media campaign about the harms of tobacco use. And not a single African country has laws that mandate plain packaging.

Taxation is another possible line of attack. Research shows that tobacco taxation is effective in reducing smoking, especially among young people.

The policy implication for African countries is that excise taxes should be increased to reduce smoking among young people. This would go a long way to preventing the onset of the epidemic.

But, as, the Tobacco Atlas highlights, African countries have the weakest tobacco excise tax policies in the world.

Tobacco control policy can be used in two ways:

The recommended policies for both prevention and cessation strategies are similar (increasing tobacco taxes). But their cost-effectiveness is different.

The most important benefit of prevention is that costs of smoking are avoided altogether, and better health is good for economic performance immediately. The benefits of cessation are essentially the reduction in costs attached to current and future tobacco use.

African governments need to see this distinction. Policy makers in the region don’t appear to appreciate the opportunity they have to save their populations and economies from the negative consequences of tobacco use. The time to act is now.

South Africa has shown conclusively that higher taxes do not work – It simply boosts the illicit cigarette trade which now is larger than the legal trade!!!
Try again Prof !!!

We will be able to alleviate poverty if we surcharge counterproductive dogma from self-serving academics. Call it a bullsh#t tax.

Prohibition in the USA created a very profitable business model for the Mafia. Prohibition put them on their feet, so to speak. The exorbitant tax on cigarettes creates a business opportunity for smugglers who finance Zuma and his cronies. (The President’s Keepers” – Jacques Pauw.)

A high tax rate incentivizes entrepreneurs to break the law. I don’t smoke, and I detest the habit, but the sale of illicit cigarettes is a very profitable business. An immigrant in our small rural community makes a profit of R250 000 per month, selling illicit cigarettes.

This story illustrates how the ANC government, with all the oppressive and extractive socialist laws and penalties, changes the formal economy into an informal one. The informal sector does not adhere to labor laws and they pay no VAT or income tax. There are no unionized workers in the informal sector. Those leaches can only survive in the formal sector.

The government is irrelevant actually. The consumer is the ultimate decision-maker, and consumers don’t support cigarette taxes.