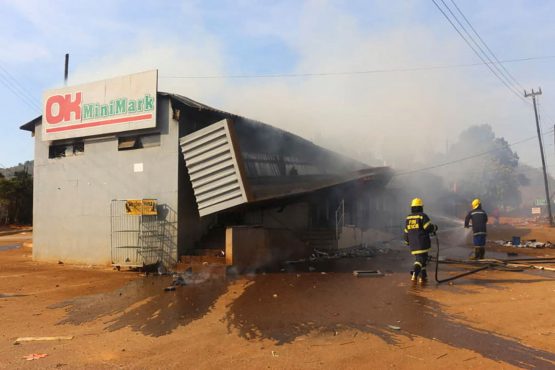 Africa’s last absolute monarch will break his silence on Friday, weeks after police and the army quashed some of the most violent pro-democracy protests yet in Eswatini.

While the crackdown restored calm, the deaths of at least 27 people during a week of unrest drew renewed international scrutiny of the kingdom. Protesters were demanding King Mswati III, who’s ruled the South African neighbor for more than three decades, cedes some control.

Mswati, 53, has called a national policy meeting, known as a Sibaya and that usually only takes place once a year, for the same day activists plan to resume demonstrations. As governments including the US called for dialogue, authorities have insisted that any amendments to the constitution must go through parliament. That means the king would have to agree on any proposals to curb his powers.

“It would be a waste of time,” Angelo Dube, international law professor at the University of South Africa in Pretoria, said in reply to emailed questions. Any member of parliament who tries to amend the constitution “would likely be ostracized by his/her peers, and might attract harassment from the state,” he said.

The king chooses the prime minister and his cabinet, and has the power to nominate almost one-third of the members of parliament. He appoints the director of public prosecutions, is commander-in-chief of the military and police, and is immune from being charged and paying taxes.

Two-thirds of lawmakers must approve of a change to the constitution, which the king then has the power to reject. If the amendments have to do with clauses on his pay, or him being immune from paying taxes or prosecution, 75% approval is needed. If it meets that threshold, the amendment must go to a referendum before going to the king for ascent.

Known as Swaziland until 2018, the landlocked country of 1.2 million people less than half the size of Switzerland produces sugar cane and is known for its scenic nature reserves. It’s also the last African nation that recognizes Taiwan as independent.

The week-long protests in June are estimated to have caused more than $200 million in damage to infrastructure, and opposition groups contend the actual death toll is far higher than the official number. The army joined the police to halt demonstrations, and access to the internet was blocked.

The government accuses South Africa’s second-biggest opposition party, the Economic Freedom Fighters, of being behind the violence.

“They brought in guns and they orchestrated the burning of our assets in our country,” Commerce and Industry Minister Manqoba Khumalo said by phone. “That I can confirm without any hesitation.”

The EFF, which did stage demonstrations at South Africa’s borders with the kingdom, dismissed the allegation. The protesters were Eswatini citizens targeting the business interests of the king, said Godrich Gardee, the party’s head of international relations.

Mswati’s assets include personal stakes in companies including the local unit of Johannesburg-based MTN Group, Africa’s biggest mobile-phone operator. He also holds interests in the sugar industry, hotels, shopping malls and the domestic unit of Anheuser-Busch InBev, as a trustee for the kingdom.

“It’s the crux of the issue,” Wandile Dludlu, secretary-general of the People’s United Democratic Movement opposition group, said. “The absolute power is exactly what gives him unlimited access to not only state resources, but also control over the private business space.”