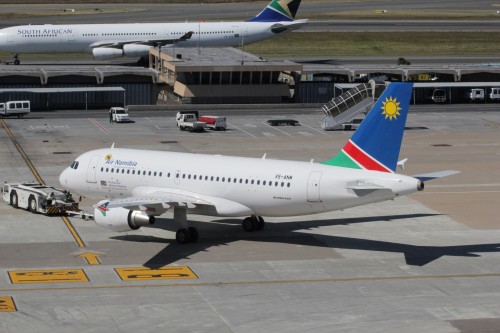 Air Namibia survived liquidation attempts by creditor ChallengeAir SA in January when the two firms reached the settlement agreement minutes before liquidation proceedings were due to kick off.

ChallengeAir filed in October for Air Namibia to be liquidated, arguing Air Namibia was insolvent and unable to repay about 253 million Namibian dollars ($17 million) in debt incurred for the lease of a Boeing 767 back in 1998.

Air Namibia had cancelled the lease agreement, after finding that the aircraft was defective. Negotiations between the two firms have been deadlocked since 2019.

In court papers filed on Friday and seen by Reuters, lawyer Sisa Namandje instructed the Deputy Sheriff for the district of Windhoek to seize and take over Air Namibia’s head office, valued at 45 million Namibian dollars ($3 million), to recover 5.8 million euros that became due on Thursday.

As part of the settlement agreement, Air Namibia had agreed to pay ChallengeAir 9.9 million euros, beginning with a 5.8 million euro payment before February 18 and monthly instalments thereafter, until January 2022. ChallengeAir went out of business more than two decades ago.

Finance Minister Iipumbu Shiimi announced last week that the airline has been placed into voluntary liquidation, calling the airline, which is 100% state owned, “unsustainable”.

Air Namibia employs 644 workers. It has failed to produce financial statements in recent years despite receiving more than 8 billion Namibian dollars in state bailouts over the past two decades.

Is there any airline in Africa that is successfully run? … just asking …

… should have said state owned but yes, Ethiopian is a success story.