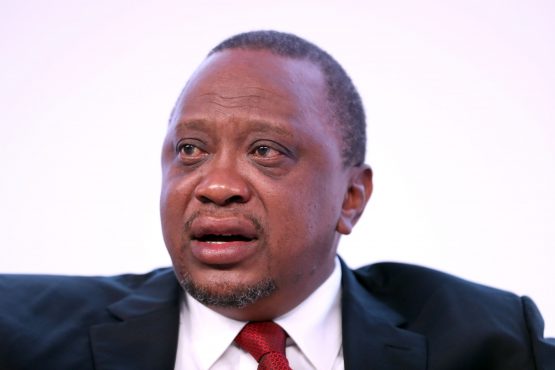 Africa’s gross domestic product could contract by as much as 30% by 2050 if action isn’t urgently taken to adapt to climate change, Kenya’s President Uhuru Kenyatta said without stating the source of the data.

“An investment of $800 million in developing countries, in climate adaptation programs, would see and result in benefits of up to $16 billion per year,” Kenyatta said Tuesday at an event hosted by the Global Center on Adaptation.

While African countries contribute relatively little to climate change in terms of carbon emissions, they are among the hardest hit partly because they rely heavily on rain-fed farming. Rising temperatures and sea levels — as well as rainfall anomalies — have heightened the frequency and intensity of natural disasters.

Most disasters in Africa are flood-related, although drought has the greatest impact, affecting five times the number of people, said Patrick Verkooijen, chief executive officer of the Global Center on Adaptation.

Kenya, which is battling a severe drought, has committed to invest about $8 billion over the next decade on climate-change adaptation projects, Kenyatta said. The investment is 10% of what it needs to spend as part of commitments under the Paris Agreement, also known as Nationally Determined Contributions, and it is looking for partners to help fund the rest, he said.

The World Bank approved $150 million for climate projects in Kenya, the Washington-based lender said Wednesday in an emailed statement. The International Development Association credit will support projects to boost resilience against climate change in Kenya’s rural communities. There’s also a $21.4 million grant from Social Sustainability Initiative for All Umbrella Multi-Donor Trust Fund with resources from Denmark and Sweden.

“Communities in rural areas, especially those in arid and semi-arid regions which have been affected by the impacts of climate change such as droughts and floods, outbreaks of climate-related diseases, low farmland productivity, and declining livestock, will be the primary beneficiaries of the program,” World Bank Senior Social Development Specialist and Task Team Leader Nicholas Soikan said.

As the pandemic descends so its replacement rises.

I’d be more worried that Greta and her economic terrorists will cut Africa’s GDP by 30% if they have their way of sending us back to the dark ages.