The Dangote Group is also expanding production of cement, rice and sugar across the tycoon’s other businesses.
By Elisha Bala-Gbogbo, Bloomberg 11 Mar 2020  10:41 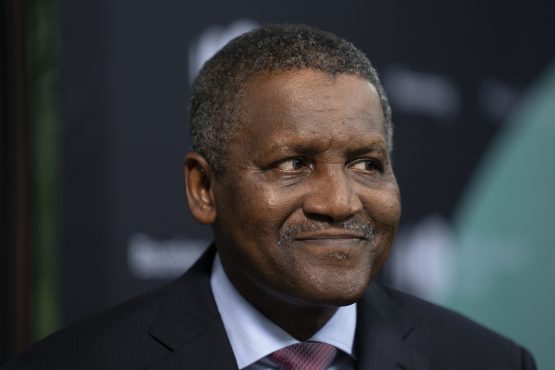 Africa’s most prominent industrialist is working with Chinese and Malaysian contractors and has completed a development plan for the Kalaekule field on its Oil Mining Lease 72 asset, Devakumar Edwin, the group executive director at Dangote Industries Ltd. said in an interview. Work will then move to an undeveloped KI discovery on Block 71, a small shallow water asset in southeastern Niger River delta.

“We are looking at the first phase of 20,000 barrels a day but our objective is to expand it to 100,000 barrels a day for the two blocks,” Edwin said. “If everything goes well, we can do that in 12 to 15 months because we are already doing the 3D seismic studies.”

Production from the fields will eventually feed a massive 650,000 barrel a day oil refinery the 62-year-old Nigerian is currently constructing on a swampy strip of land east of Lagos, the country’s financial capital.

The workaholic billionaire, worth $15.7 billion according to the Bloomberg Billionaire’s Index, who has largely built his fortune by cornering Nigeria’s cement market, is making his first forays into the oil business with the wells and the petrochemical plants.

With the refinery, Dangote aims to help end Africa’s largest oil producer’s reliance on imported fuel. The plant will reach “mechanical completion” in December and full operations is expected to start by the middle of 2021, Edwin said.

The Dangote Group, which includes the Lagos-listed Dangote Cement Plc and four other publicly traded companies, account for about a fifth of the value of the Nigerian bourse.

The tycoon’s firm is also currently expanding production of cement, rice and sugar across his other businesses, Edwin said.

The conglomerate is adding about 10 million tons capacity of cement with new plants in at least five countries including Cameroon, Cote d’Ivoire and Ghana while boosting output in two of its Nigerian plants. It is also setting up six new integrated rice mills across the country with a capacity to process a million tons of paddy and a 125,000 tons sugar refinery.

“We have several projects ongoing now and most of them is through in-house funding,” Edwin said. “They are all at various stages of completion.”