A move condemned by the UN chief and US officials, who raised the threat of sanctions on the Horn of Africa nation.
By Simon Marks and Jennifer Jacobs, Bloomberg 1 Oct 2021  08:29 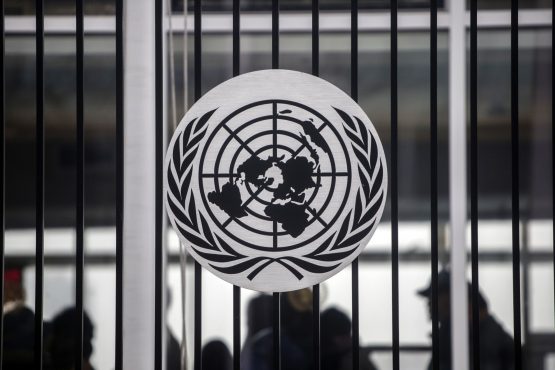 Ethiopia told seven senior United Nations staff members to leave the country within 72 hours for allegedly meddling in its internal affairs, a move condemned by the UN chief and US officials, who raised the threat of sanctions on the Horn of Africa nation.

The government said the UN officials were going beyond their duties in the country, which has been engulfed in conflict since late last year when federal troops retaliated to an attack by regional soldiers on an army base.

“They were found engaged in activities that contradict the law and they operated out of their mandate,” Dina Mufti, spokesman for Ethiopia’s Foreign Ministry, said of the UN officials, without providing details. “They know the law and they should not fail to obey it.”

The decision follows a similar move last month, when Medecins Sans Frontieres, one of only a handful of international charities providing frontline health care to people in conflict areas, said it was asked to cease operations by the government. The Norwegian Refugee Council, which provides assistance to nearly 600 000 people in six regions across Ethiopia, was given similar orders.

Those suspended on Thursday included Marcy Vigoda, head of the UN’s Office for Coordination of Humanitarian Affairs, and Adele Khodr, the head of the UN’s children’s fund. Vigoda declined to comment and Khodr did not respond to a text message seeking comment.

UN’s Secretary-General Antonio Guterres said he was “shocked” by the news that the UN staff members had been asked to leave.

“In Ethiopia, the UN is delivering lifesaving aid — including food, medicine, water, and sanitation supplies –- to people in desperate need. I have full confidence in the UN staff who are in Ethiopia doing this work,” Guterres said in a statement. “We are now engaging with the government of Ethiopia in the expectation that the concerned UN staff will be allowed to continue their important work.”

At the White House, Press Secretary Jen Psaki said the decision “is a stain on our collective conscience, and it must stop.” And she warned that President Joe Biden could put further pressure on the government in Addis Ababa unless meaningful steps were taken within weeks to initiate discussions to achieve a negotiated ceasefire, allow humanitarian access and ensure respect for human rights.

“President Biden signed an executive order earlier this month, enabling the US government to impose financial sanctions on those prolonging the conflict in northern Ethiopia,” Psaki told reporters. “We’re preparing to take aggressive action under this executive order to impose targeted sanctions against a range of individuals and entities.”

Since the violence exploded last year, conflict has spilled into the neighboring Afar and Amhara regions as Tigray forces seek to push back against their adversaries following gains in June and July.

The UN is raping their women and now they want to meddle in their politics. I would expell them as well if I was Ethiopia. What is this obsession to run countries that dont belong to you? If the people are incompetent then why do you have to take the wheel? Why not find competent people why support corrupt officials because they are easier to control why send in military and leave them to their own devices? Why do you have to look like the saviors instead of support? Stay in you lane know your role and don’t get a big head. The power has consumed you and it shows.

Good grief Ballin! Even the Ancient Romans fought only a little beyond Lower Egypt down the Nile against the people of Kush in the lands just North of Ethiopia.

Last I checked, the UN has not invaded Ethiopia, nor do they govern them. They are simply providing humanitarian aid- i.e food and medicine to the most vulnerable on the ground- children, women and the aged, sick and disabled. Along with MSN..Medisins sans frontier

I totally have reservations about any US-backed interference in local governments and regimes. Especially the tendency to utilise economic hitman tactics against states that are endowed with oil and gas in particular.

There must be limits to how much leverage their money and military-industrial-complex can openly buy against what is supposed to be an independent and balanced World cooperative?

Has the UN seriously digressed to the raping and pillaging you express here?

If so then history will most likely reveal that where Romans fear to tread, so should everybody else! Somalia didn’t go so well for the US after all… met eish ja?

Rather contemplate whatever the leaders of Kush did to make them so wealthy and wise and free… another great challenge for the Green Economy and the Afgrican Union, yes?