Free vaccines, sanctions and a goat on a rope

Amid the relief of rain, Zimbabweans are questioning exactly who, if anyone, paid for Covid vaccines.
By Cathy Buckle 8 Feb 2021  12:00 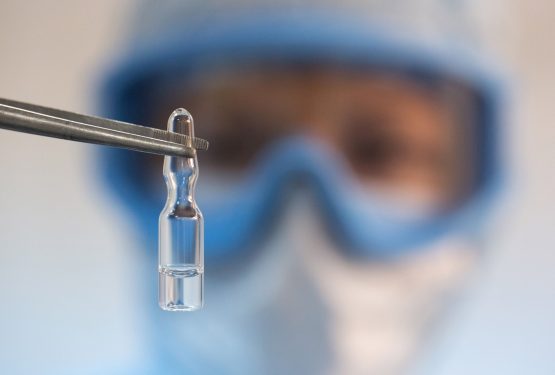 After weeks of rain we’ve had a few windows of blue sky and sunshine for the past few days, giving things a chance to dry out and water to sink in. The amazing beauty and diversity of life in our newly washed and rehydrated Zimbabwe is stunning. Sunrises are pink and delicate, mornings bright blue and sunny and in cloud-free times at night even the stars seem brighter, with spectacular views of Orion’s Belt and Pleiades at the moment. Out in the countryside the grass is tall and green, kopjes are dotted with pools of water and streams of glittering moisture slide silently down black granite rocks.

Southern and western parts of the country have received significantly more rain than other areas so far this season and we are seeing pictures of huge rivers rushing and tumbling along previously bone dry, sandy river beds. The great grey-green greasy Limpopo River is full to the banks, as are the Bubye, Runde and other rivers. Zimbabwe’s second largest dam, the Tugwi Mukosi in the Masvingo area, is full and spilling for the first time since it was commissioned in 2017. Kariba however is still a very distant 27.75% full so there’s a very long way to go before we can say we’ve had enough.

While it rains and rains we are now five weeks into the latest Covid-19 lockdown in Zimbabwe. Before any vaccination programmes have begun or vaccines been made available in the country, eyebrows went up after a statement from the minister of finance a few days ago. Minister Ncube announced that “private citizens” would have to pay for Covid vaccines. The statement came soon after the Zimbabwe government said it had put aside 100 million US dollars for the procurement of vaccines.

Then we heard Vice-President Constantino Chiwenga, who is also the minister of health, thanking the Chinese for their promised donation of vaccines. Confusion reigned: not least around the mystery as to exactly what a private citizen  is. Isn’t a citizen anyone who is a legal resident of a country we asked, so what then is a private citizen? That discrepancy got lost in the furore that followed about whether people were going to get free vaccines or would have to pay for them and if we were expected to pay for vaccines that had actually been donated in the first place.

The finance minister back-pedalled on his statement about paying for vaccines, after a storm of criticism erupted on social media and the minister said his words had been taken out of context: “Vaccines that government procures with the support of international partners and friends will be made available for free to the citizens of Zimbabwe,” he said.

But by then the damage was done and so the next day Chiwenga waded in saying: “let me also reiterate that the government of Zimbabwe will roll out Covid-19 vaccines for free to all citizens who wish to be vaccinated.” Then the president added his voice, saying the Covid-19 vaccines “will be state funded and free.”

By then, lost in the war of words, the query was circulating that if something was state funded didn’t that mean it was already being paid for by us, through our taxes?

While this hugely embarrassing debacle was going on in Zimbabwe, the UK government was announcing sanctions on four individuals in Zimbabwe who they described as being: “responsible for the worst human rights violations against the people of Zimbabwe since President Emmerson Mnangagwa took power in November 2017.” The four are Owen Ncube (State Security Minister), Godwin Matanga (Police chief), Isaac Moyo (head of the Central Intelligence Organisation) and Anselem Sanyatwe (former commander of the presidential guard and now ambassador to Tanzania).

Driving home from lockdown shopping one day this week, I passed a gate adorned with thin orange plastic bags of hair extensions. They were for sale and two teenage girls sat braiding hair outside in the sun. A little further on a man had a goat on the end of a long red rope and he stood chatting on his phone while the goat grazed the long, uncut grass on the roadside in the suburban area.

This is the reality of life in Zimbabwe in February 2021 where it’s all about surviving from one day to the next, a world away from the argument about vaccines, private citizens, sanctions on four men and exactly what it is our taxes pay for.

This was first published here.

What a pity you can’t monetise those pink and delicate sunrises, the mornings bright blue and sunny and in cloud-free times at night where even the stars seem brighter, with spectacular views of Orion’s Belt and Pleiades.

And of course, you know who will be getting the vaccine for free: ZANU-PF members, starting with the generals.

Ultimately the South African taxpayers funded it given the millions of Zimbabweans who work here, pay little or no taxes and then take their money home, out of our economy!

Whilst you are, of course quite correct, perhaps a little understanding and compassion is necessary in these difficult times. Zim is an abject failure, of that there is no doubt and ZANU-PF is a despicable collection of ruthless thieves but there are still good people to be found amongst the citizens who try all they can to stay alive with a remnant of dignity and a smile. Those who left did so because their want to stay alive outplays the yearn to stay in the country of ones birth – not unlike similar words said to me from my dearest of now expat SA friends.

…and your point is? 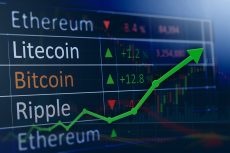