Moody’s has identified 18 African countries that have the greatest potential for growth in sukuk issuance and Islamic banking.
By Arnold Segawa 25 Oct 2018  00:59 The global Islamic asset base grew from approximately US$200bn in 2003 to an estimated US$2tr at the end of 2016. Picture: Moneyweb

Moody’s estimates that the share of Islamic banking assets – as a percentage of total African banking assets – will rise to over 10% over the next five years, from its current level of below 5%.

In a statement, the credit rating agency said: “Moody’s has identified 18 African countries that have the greatest growth potential for sukuk issuance, as well as Islamic banking. These include Egypt, Morocco, Senegal, Nigeria, Sudan and Kenya.”

Globally, Islamic finance assets represent less than 1% of global financial assets, growing from approximately US$200 billion in 2003 to an estimated US$2 trillion at the end of 2016. Some projections expect the figure to cross the US$3 trillion mark by 2020.

The International Monetary Fund (IMF) estimates that in 2017, as many as 350 million Africans did not have formal bank accounts, noting that further development of Islamic finance products could significantly increase access to finance for Africa’s financially under-served population.

“Islamic finance may also help promote financial stability,” says Montfort Mlachila, senior resident representative in South Africa for the IMF. “A large portion of bank deposits are offered on a profit-sharing and loss-bearing basis and so are explicitly ‘bail-inable’ in the event of a banking sector facing distress. The underlying ethical precepts of Islamic finance, such as avoidance of speculative products, can help reduce banking sector risks.”

With only one in four adults having a formal bank account as opposed to twice as many in other developing countries, access to credit is still a challenge across the continent.

“Africa’s large Muslim population, which is predominantly unbanked, will also provide a solid foundation for the growth of Islamic banking assets,” says Moody’s.

In addition, African Development Bank projections that the continent requires US$130-170 billion per year until 2025 to bridge its infrastructure gap emphasises the sukuk’s relevance.

Moody’s says it expects growth in sukuk issuance to be driven by increasing financing needs, especially for infrastructure projects, as well as global investors’ growing comfort with the relatively complex legal structure of Islamic instruments.

“Sukuk issuances tied to tangible assets and projects such as roads, bridges, water and sanitation works and hospitals provide cost-efficient means for African governments to address this infrastructure development demand,” says Debashis Dey, a partner at international law firm White & Case. “Islamic finance is essential for unlocking investment from the Middle East but it also attracts investors from other parts of the world.”

Moody’s vice president and senior credit officer Akin Majekodunmi concurs, saying: “The desire within Africa for stronger investment links with the fast-growing economies in the Gulf and Asia that have large Muslim populations with large pools of capital will help drive the issuance of sukuk on the continent.”

Among the reformers, South Africa, Nigeria, Kenya, Senegal, Djibouti, Uganda and Morocco have all introduced legal and regulatory frameworks to promote the expansion of Islamic finance. “More recently, Kenya has introduced a stamp duty and value-added tax regulation to create a more level playing field between Shari’ah-compliant and conventional products,” says Dey.

Moody’s stresses the role of government reforms in advancing adoption: “For Islamic banks, efforts by African governments to support Islamic banking in line with the cultural and religious affinity of their populations will support growth in this sector as we estimate that over 40% of the African population is Muslim.”

The provision of banking services in line with Islamic jurisprudence will also yield operations and balance sheet structures that are distinct from conventional banks, posing different risks. “Islamic banking activities can extend beyond the traditional role of financial intermediation, as Islamic banks can act as partners in property ownership, trade in tangible assets, and provide equity financing for customers, which elevate investment risks,” says Mlachila.

Islamic financing also poses structural complexity as most of the legal frameworks in sub-Saharan Africa were not designed to accommodate the financing fundamentals of interest-free offerings. Says Dey: “The need to create economically viable structures that do not rely on interest makes Islamic finance arrangements more complex than their non-Islamic equivalents, and they tend not to fit neatly within existing civil or common law frameworks.”

Clever Sanlam and African Rainbow Capital getting in on the act early! 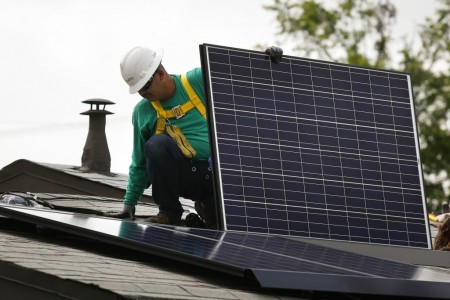