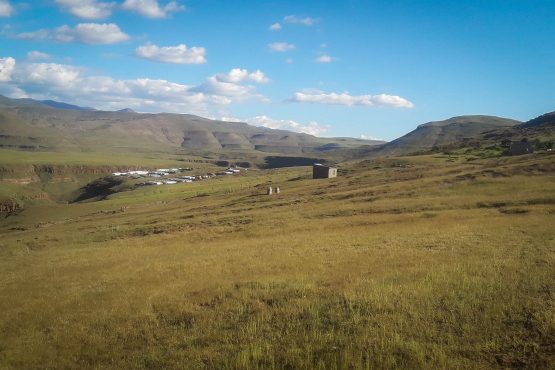 The Lesotho government did not bother to engage with the legal process. Image: Shutterstock

Here’s a lesson in what can happen when governments renege on contracts.

In this case, solar power company Frazer Solar GmbH was awarded €50 million (R856 million) in damages by a South African court after the Lesotho government reneged on a contract, which was to be funded by the German government, as part of a wider programme to turn Lesotho into a net exporter of electricity.

A binding agreement was sealed in 2018 between Frazer Solar and Lesotho for the provision of up to 40 000 solar water heating systems, 20MW of solar photovoltaic capacity, one million LED lights and 350 000 solar lanterns nationwide.

In a statement issued by Withers Worldwide, the lawyers acting for Frazer Solar, it seems the project stalled in October 2018 when Lesotho’s Ministry of Finance refused to finalise and execute the project’s financial agreements. “Following this breach, Frazer Solar commenced arbitration proceedings in South Africa. No explanation for this refusal [to execute the agreements] has been provided to Frazer Solar by the government of Lesotho, but the resulting legal action concluded that a competing project had been prioritised.”

In March this year, Frazer Solar had completed a similar project in Eswatini, delivering hot water to every single government health clinic.

‘The Government of Lesotho was given an outstanding opportunity to transform access to clean, renewable energy and to eradicate the use of damaging, polluting alternatives nationwide,” says Hussein Haeri, partner and co-head of International Arbitration at Withers LLP.

“Instead, it prevented the project from proceeding, contravened its legal obligations and left Frazer Solar with no alternative than to bring legal proceedings.”

The Lesotho government might want to read up on what can happen when international agreements are flouted.

Assets seized from other countries

In 2012, the Argentine Navy ship Libertad was seized by a court in Ghana after hedge fund NML Capital filed a suit in an Accra court as the ship docked for resupply. NML Capital owned $1 billion in debt that Argentina had refused to pay.

The judge granted the injunction to seize the ship until Argentina posted $20 million to the court in partial settlement of the debt owed to NML Capital. In 2001, Argentina defaulted on $100 billion in debt, but settled 93% of that debt over the ensuing years, but NML formed part of the remaining 7% that had not been paid.

The Libertad was eventually released after Argentina argued that war ships, under a UN convention, are immune from civil claims in foreign ports.

Meanwhile, the US government seized a Manhattan skyscraper worth more than $1 billion belonging to Iran over disputes going back to 1979 and the Islamic revolution when US citizens were taken hostage in the US embassy in Tehran.

In a statement issued this week by Withers Worldwide, Frazer Solar “contends that the Government of Lesotho failed to fulfil its contractual obligations under the supply agreement, and in July 2019 gave notice to [the government of Lesotho] concerning the commencement of arbitration proceedings, in line with the dispute resolution mechanism agreed by both parties”.

It adds: “As a deterrent for breaches of the contract, both parties agreed to a ‘liquidated damages’ clause in the supply agreement, which allocated a pre-agreed and capped sum to be paid in the event that either party did not fulfil its contractual obligations.

Moneyweb reached out to Withers LLP, which said it had no further statement to make on the matter.

A request for comment was also submitted to the Office of the Prime Minister in Lesotho. No reply had been received at the time of publication.

This story will be updated once a reply is received.

The numbers do not make sense. 20MW solar (I have assumed small system with batteries for villages) and 1 million LED lights and 40,000 solar hot water systems cannot be more than €50m in gross revenue…. foregone profits under KfW ethics cannot be even €5m

Perhaps the Lesotho Gov has figured out that paying €51m in fines was cheaper than paying the €100m contract!
Sounds like a dodgy deal on both sides anyway…..€100m for 40 000 solar heaters 1m LED lights and som PV activity seems a bit expensive!
I wonder why they didn’t do the deal with the Chinese rather? Would have been cheaper AND they could have got backhanders in the good old African tradition! Maybe the German backhander was not forthcoming?
Interesting story – would like to know more!

A lot does not make sense! Frazer Solar exists ONLY of the Swazi and Lesotho projects plus they claim some covid clinics. KfW normally cares a lot about the ethics of the german companies it assists. Worth asking them for project scope and price?

I may be wrong but it sounds from the scope in this article a lot like the initial contract was massively inflated. It would be a travesty if SA courts and lawyers award corrupt companies damages. (not saying it was one-sided)

Agree. There must be more to this story. For example, who initiated the project from the Lesotho side? Also, Lesotho’s GDP is only about $2.5, so a contract of this nature, with a repayment of Euro 10 million ($12 million) per year would represent a significant chunk of change. So the question is: did the credit agency do due diligence? Would Lesotho be in a position to repay such a debt?

Fascinating. It is so important that you follow up on this travesty. The run of the mill news agencies won’t publish this development for their own reasons but it is important that it is aired to create awareness of the lack of accountability at political level and the absence of competent professionals in government service throughout Southern Africa.

All African Nations Assets and monies should be traced and tracked and transparent.

Please add the rulers and cronies of the African Nations.

Places like KfW that finance german exports are normally a better hedge against corruption (trust me they have seen more schemes than most) than the banks.