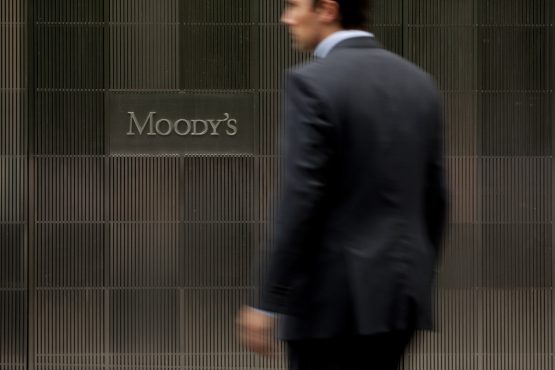 The move is based on Moody’s anticipation that there will be a robust increase in demand for credit rating services in Africa. Moody’s also has a significant stake in the Egypt-based Middle East Rating and Investors Service or MERIS.

Credit ratings agencies are key players in financial markets. They provide a quantified assessment of the creditworthiness of a borrower. In Africa, the demand for borrowing through financial markets is growing exponentially as traditional funding sources dry up

GCR is the largest rating agency headquartered in Africa. It accounts for most of the ratings issued on the continent. It was established in 1996 and is based in Mauritius, with offices in South Africa, Nigeria, Kenya and Senegal.

The ‘big three’ rating agencies – Moody’s, S&P Global Ratings and Fitch – control more than 95% of the global credit rating business. They have been accused of monopolising the credit rating market by implementing anti-competition tactics to maintain their market dominance. In the US and Europe, they were fined for anti-competition practices.

Other shortcomings include a lack of understanding of the domestic context of African economies. This is because their primary analysts barely conduct field visits in rated countries. Moody’s only has one office in South Africa which covers all the 28 African countries that it assigns ratings.

Having an increased presence in Africa will certainly enhance Moody’s understanding of the local context in rated countries. Nevertheless, its acquisitions are a huge setback for the development of alternative rating agencies to compete against the monopoly of the ‘big three’.

GCR has pioneered the ratings of domestic instruments that were aligned with Africa’s long-term strategy for promoting access to affordable capital and promoting the development of domestic financial markets. An example is an innovative financing initiative that’s supporting governments to mobilise domestic resources through domestic financial markets. It’s been supported by the African Union and United Nations Economic Commission for Africa.

African-based rating agencies mainly assign ratings for domestic issuances. Their ratings are more detailed and significantly higher than both international ratings issued by the ‘big three’. This is because they understand the local contexts and that domestic borrowings have no exposures to exchange rate risk.

The danger is that Moody’s entrance into the domestic ratings market ushers in the challenge of negative analyst biases against African countries. This trend has been visible in the international ratings market.

There is also a problem of regulation when it comes to international rating agencies operating on the continent. They are largely unregulated. Most rated African countries have domestic bond markets. But they lack legislation for credit rating services. In addition, they do not have competent authorities to oversee the regulation and licensing of international rating agencies.

The exception is South Africa which has the G20 comparable laws requiring international rating agencies to be registered and licensed locally. They are also required to operate within the country’s credit rating services regulations.

Without competent authorities that enforce regulations in each country, there is no central coordination to keep the work of international rating agencies under check.

Moody’s has been called out for issuing unsolicited credit ratings. These are sovereign ratings that are assigned without being requested by either the rated country or its agents. Effectively, the rated country does not have any formal contractual relationship with the rating agency. So it’s not paid for.

Among the ‘big three’, Moody’s has the highest number of countries it assigned unsolicited ratings.

There are a number of downsides to unsolicited ratings. Firstly, the rating agency does not consult adequately with government representatives during the review process. This means it doesn’t gain an understanding of the sovereign risk exposures and the government’s strategy in addressing the downside risk factors.

Secondly, the lack of an agreement with the country being rated opens the door to rating agencies using unfavourable unsolicited ratings as a credible ‘threat’, forcing countries into contracts.

Over and above the issue of unsolicited ratings, a number of African countries have registered their displeasure with credit ratings, especially from Moody’s. Media statements have been issued advising stakeholders that the ratings aren’t reflective of the countries’ creditworthiness. In some instances, countries have appealed the ratings.

No country has successfully appealed a decision. This is for a number of reasons. Firstly, there is no appeal authority on the continent that can conduct a fair hearing of the country’s submissions and pronounce a decision. Instead the appeals are in accordance with the agency’s own rules provided under the Procedures and Methodologies Used to Determine Credit Ratings.

Secondly, the rating agencies are both ‘the player and referee in Africa’. This is not the case in other territories.

There is a growing appetite for African-issued financial instruments. An indication of this is bond issuances being oversubscribed by at least three times. This has resulted in rating agencies positioning themselves for more business on the continent.

As their dominance and influence continues to expand through mergers and takeovers, African countries need to consider taking the following steps.

Second, competent authorities responsible for enforcing the credit rating services legislation, should be mandated to issue rules and guidelines to provide additional guidance and ensure uniform implementation of the laws.

In addition, the African Union and its agencies should coordinate national competent authorities to institute a continental regulatory body as a platform of appeal for countries that seek recourse from the unfair practices by rating agencies. This should be an equivalent of the European Securities and Markets Authority and the US Securities and Exchange Commission

Without these, African countries will continue to face the challenges of unsustainable borrowing in both domestic and international markets.