He also called for greater representation of ‘African descendants’ at global institutions and positions of leadership in order to address historic discrimination.
By S'thembile Cele, Bloomberg 23 Sep 2021  06:48 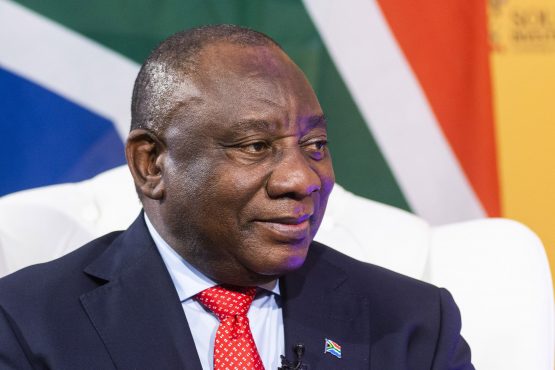 South African President Cyril Ramaphosa asked the United Nations to prioritise reparations for communities whose ancestors were sold into slavery.

“We support the adoption of special measures, including affirmative action and targeted financial assistance, as restitution to communities whose ancestors were sold into slavery,” Ramaphosa said in a speech Wednesday to mark the 20th anniversary of the adoption of a United Nations declaration on racism.

He also called for greater representation of “African descendants” at global institutions and positions of leadership in order to address historic discrimination.

The Trans-Atlantic slave trade led to the enslavement and removal of 12.5 million people from Africa between 1501 and 1875, according to the Trans-Atlantic Slave Trade Database. The cost of reparations to the descendants of slaves is at least $4.9 trillion and may be nearly triple that, according to Kehinde Andrews, professor of Black studies at Birmingham City University.

Ramaphosa’s remarks came on the same day a South African court ruled that a government bailout for tourism companies was illegal because it used race-based criteria to determine those who qualify. On Tuesday, South Africa’s High Court struck down changes to mining regulations that required companies to bring on new Black shareholders

This guy is a blatant racist himself!!! as is obvious is SA.

Reverse racism. So why even give a racist a platform???

Times of slaves was way beyond my time. The story, history, told, was as follow. Ship owners, European, African, and from other world parts, smelled money in buying , selling, of human matter. To do their thing it required good standing with African kings. Who sold their kind of serfs in exchange for anything regarded as of value. Before Christianity took of, normal practice in Europe. Read Vikings or Barbarians. Reparations never took place. Worst did happens. Dark ages history call that times. Making Europe the perfect human nightmare. Any of their kings was worst as the African, up to Columbus times. European serfs, looking for living space, found, and put the learned into practice. With great success. Around 1914, European kings, spoiled by extreme colonial wealth, decided on war for no reason other as who had the biggest. Speaking of repayment, this new African kings and vassals, should be visited, not the serfs, for reparation.