Permit holders still have the right to stay in the country for another 12 months and should therefore have access to their accounts, Motsoaledi said.
By Antony Sguazzin, Bloomberg 14 Dec 2021  06:23 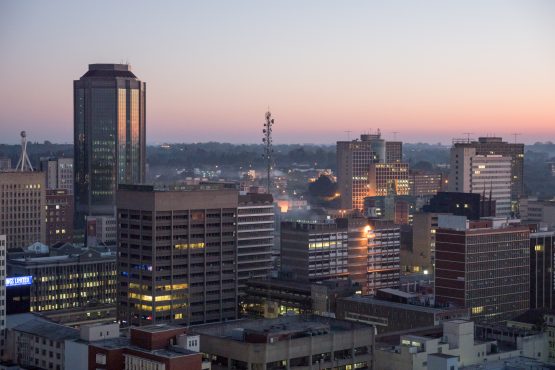 South Africa withdrew a circular that prompted banks to threaten to close the accounts of a category of Zimbabwean immigrants who have a permit to live and work in the country from January 1.

The circular sent to banks was withdrawn because it created confusion, Home Affairs Minister Aaron Motsoaledi said in an interview on Monday. Permit holders still have the right to stay in the country for another 12 months and should therefore have access to their accounts, he said.

On November 25, South Africa’s cabinet issued a statement saying that about 200 000 holders of the Zimbabwean Exemption Permit would see their permission to stay in the country expire on December 31. They would then have a 12-month grace permit to apply for alternative permits under the usual immigration framework.

The cabinet’s decision to end the permits drew a chorus of complaints from human rights groups that threatened to mount a court challenge. They argued that Zimbabweans who have been living in South Africa for more than a decade were going to be sent back to a country with few economic opportunities and high levels of political repression.

The exemption only applied to Zimbabweans who entered South Africa before the arrangement was enacted in 2009.

The plan may result in Zimbabwean permit-holders’ lives being disrupted, with children denied the opportunity to register for school, employers refusing to renew work contracts, and banks denying services or withholding access to accounts, Sharon Ekambaram, head of the Refugee and Migrant Rights Programme at Lawyers for Human Rights in Johannesburg, said last month in a letter signed by 46 organizations.

South Africa has a population of about 60 million, including about 3 million migrants, according to government statistics. Many are Zimbabweans driven south by two decades of politically linked violence and economic collapse. The majority are undocumented and do not hold the permit.

The cabinet voted to end the exemption program after the ruling African National Congress suffered its worst ever electoral performance in municipal and national elections. ActionSA, an anti-immigrant party formed by former Johannesburg Mayor Herman Mashaba, won 16% of the votes in the city in its first race and a large proportion of the ballots in the capital, Pretoria.

South Africa has been plagued by recurrent bouts of xenophobic violence since at least 2008, with foreigners often accused of taking jobs in a country where a third of the workforce is unemployed.