Nestcoin is focused on developing Web3 application products, based on cryptocurrencies or digital tokens tracked on blockchains.
By Loni Prinsloo, Bloomberg 1 Feb 2022  14:18 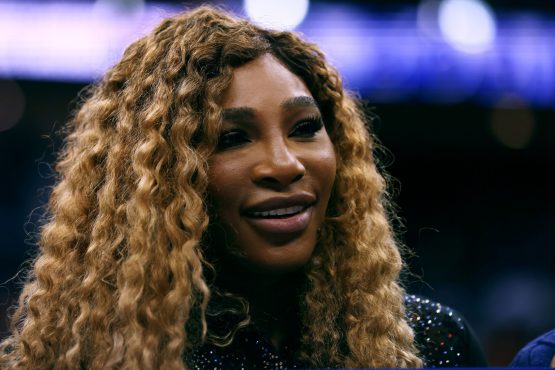 Tennis star Serena Williams and NBK Capital Partners have joined a growing number of investors in African startups seeking to take advantage of a tech and innovative-finance boom on the continent.

Williams’s Serena Ventures, A&T Capital, Distributed Global and others participated in raising $6.5 million for Nigerian crypto products developer Nestcoin, while NBK last week announced a $10 million facility with Moove, Uber’s vehicle supply partner in Africa. Startups on the continent have raised more than $125 million so far this year, according to data compiled by Bloomberg.

Africa is attracting angel and venture-capital funding as startups mushroom in the continent — home to a tech-savvy and youthful population — to help fill a gap in financial infrastructure and last-mile delivery of goods and services. There were more than 500 early-stage deals in Africa last year — raising about $5 billion — setting the stage for a jump in demand for new capital, according to research provider Briter Bridges Intelligence.

Williams has previously invested in Andela, which trains software developers across the continent.

Nestcoin is focused on developing Web3 application products, based on cryptocurrencies or digital tokens that are tracked on blockchains. The company’s products include Breach, a media platform that provides educative information on cyber assets and promotes their adoption. Metaverse Magna is Nestcoin’s gaming business that rewards players in cryptocurrencies, mostly Bitcoin. It has also invested in payments platform Lazerpay.

“We will continue to invest in Web3 applications in gaming, media, social platforms and payments,” Nestcoin co-founder and Chief Executive Officer Yele Bademosi said in an emailed response to questions.

Nestcoin is among companies that have jumped onto Web3 technology as it becomes more popular globally. Much of the $30 billion that venture capitalists invested in crypto projects last year went into Web3 startups. Meanwhile, Africa’s cryptocurrency market grew by 1,200% to more than $105 billion between July 2020 and June 2021, according to New York-based research firm Chainalysis.

Meanwhile investors, such as NBK, said they are aware of the risks that come with investing in Africa, from regulation to governance and foreign-exchange shortages — and still think it’s worth it.

Moove has “increased Uber’s penetration in sub-Saharan Africa,” NBK Chief Executive Officer Yaser Moustafa said in an interview on Bloomberg TV. “It’s a rocketship of a business. It’s growing thousands of percent every year. We think we can overcome any currency issues, tax issues when we have that kind of growth and potentially expansion for them outside of sub-Saharan Africa.”

On Monday, a who’s who of Swedish tech founders and chief executives committed finances to a new impact fund focused on supporting entrepreneurs in Africa.

“Eyes are turning toward Africa as the next epicenter for digital disruption,” said Hans Otterling, a partner at Northzone Ventures, which is spearheading the Swedish equity growth fund, Norrsken22.