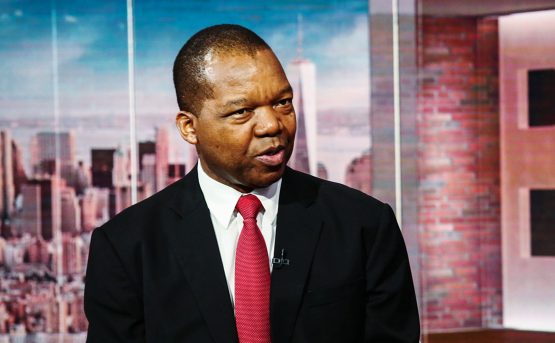 Remittances jumped to $411.1 million in the first four months of the year, compared with $221.9 million a year earlier, Mangudya said by phone Wednesday from the capital, Harare. The inflows are Zimbabwe’s second-biggest source of foreign-exchange earnings, after revenue from platinum exports.

“The economy continues to rebound due to the stability of the currency and inflation on account of the good agricultural out-turn and the positive impact of the diaspora remittances,” Mangudya said.

Economic reforms implemented by Finance Minister Mthuli Ncube and the central bank over the past three years have helped rein in annual inflation to 162%, from a peak of 837.5% in July. The depreciation of Zimbabwe’s dollar has also slowed, with the currency weakening 3.9% against the US currency this year, compared with a 79% slump last year, according to data compiled by Bloomberg. 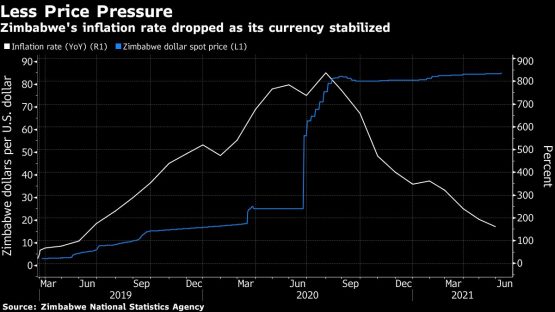 Central bank reforms, including the introduction of a currency auction, have increased the supply of foreign exchange in Zimbabwe, according to Coronation Fund Managers Ltd., one of the biggest asset managers in neighbouring South Africa. That’s helped make it easier for foreign investors in companies like Delta Corp., Zimbabwe’s biggest company by market value, and Econet Wireless Zimbabwe Ltd., it’s largest mobile operator, to repatriate funds from Zimbabwe, said Lloyd Mlotshwa, head of research at Harare-based brokerage IH Securities Ltd.

While the improving economic indicators have raised optimism about the outlook for the economy, the International Monetary Fund cautioned last month that broader reforms are needed to sustain the gains the authorities have made. The IMF expects Zimbabwe’s economy to grow 3.1% this year — less than half the 7.4% the nation’s Treasury has projected.

Zimbabwe’s economy has stagnated for two decades because of political and economic turmoil, and a bout of hyperinflation in 2008 wiped out savings and saw investors exit the country.

Remittances last year totaled $1 billion, compared with $635.7 million in 2019. The inflows were second only to platinum exports, which generated $1.77 billion, according to central bank data

Its such a great measure of their “achievements”. Remittance??

It just shows how many more people were forced to flee that dump due to their policies.

I don’t think he even realizes it?? He is however right in claiming it is their doing.

Can only be a ZANU PF plan, build an economy based on remittances. Then again, where ZANU PF goes the ANC is sure to follow.

People remitting money pay a 10% commission on the amount they send. To my mind it’s outrageous. Surely there is an opprotunity for some financial institution to enter the market and cut the commission?