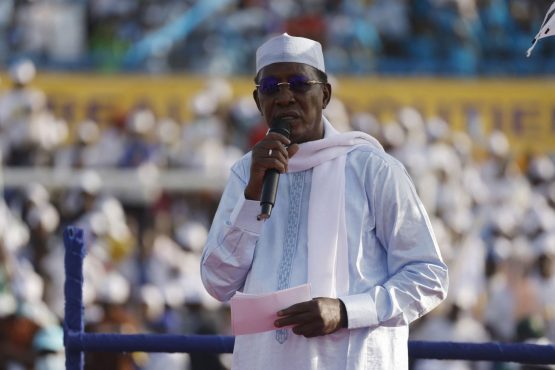 Chad has only had one ruler since Idriss Deby came to power in an uprising 30 years ago. His death at the age of 68 from injuries the army says were sustained in a rebel attack has cast the West Africa nation into political limbo, with a military junta planning to hold power until well into next year.

These are the key issues at play:

1. How will the nation be governed?

A so-called military transitional council headed by Deby’s son, Mahamat Idriss Deby, said it will rule for the next 18 months. It dissolved Deby’s administration and intends appointing an interim structure to run the government’s day-to-day affairs. It’s unclear when and how its members will be appointed. The pick of Mahamat, a 37-year-old four-star general, to head the 15-member junta implies that it intends maintaining stability, but his family’s continued political dominance could trigger unrest or rebellions, as well as a backlash among envious members of the ruling elite, according to Valentin Robiliard, Africa analyst with Control Risks. The late president was constantly “playing a careful game of co-option and repression, using oil revenue and his powerful military, to maintain stability,” Robiliard said in emailed comments.

2. Is the military takeover legal?

No. Chad’s constitution states that in the event of a vacancy in the presidency, the speaker of parliament must take over as interim head of state until elections can be held — which must happen within 90 days. Technically the army generals have staged a coup.

3. How is the international community likely to react?

So far no statements have been forthcoming from the African Union or the Economic Community of West African States, a regional bloc that counts Chad among its members. The two groups would be instrumental to any intervention that accelerates a transition to civilian rule. They’ve stood by as leaders in Ivory Coast and Guinea engineered third terms for themselves, although Ecowas did impose sanctions on Mali after a military coup. The US has called for a peaceful transition within the bounds of the constitution, but former colonial power France has so far stopped short of calling for the junta to step aside within 90 days.

4. What are the regional security ramifications?

The late president positioned himself and his battle-hardened army as key players in the maintenance of peace and security in West Africa, a role that helped shield him from international criticism even as his rule became increasingly authoritarian. Chad is a key contributor of troops to a multinational force that’s battling groups linked to Islamic State and al-Qaeda in the Sahel region. Djimadoum Tirayna, the junta’s vice president, has already met with diplomats to reassure them that Chad remains committed to military operations in the region. Even so, Nigerian President Muhammadu Buhari said Deby’s death will “create a big vacuum” in efforts to counteract terrorism. The new leader, who underwent military training in France, is seen as likely to continue his father’s practice of prioritizing military spending and operations.

5. How could Chad’s creditors be impacted?

Chad became the first country to request the restructuring of its external debt under the Group-of-20 common framework, which aims to draw Chinese and private lenders into a global debt-relief push. Last year Chad’s government called on all its creditors to suspend debt-service payments after securing a $61 million waiver from the G-20. While it doesn’t have outstanding foreign bonds, it owes money to banks, other nations and some private lenders. They include commodity trader Glencore Plc, which is owed $347 million, according to its latest annual report. It was forced to restructure its loans to Chad in 2015 and 2018 after oil prices fell. It’s unclear whether creditors will be prepared to renegotiate repayment terms with the junta.