Security and stability at risk as the main opposition and civil society stoke unrest, according to Minister Owen Ncube.
By Ray Ndlovu, Bloomberg  29 Sep 2020  06:20 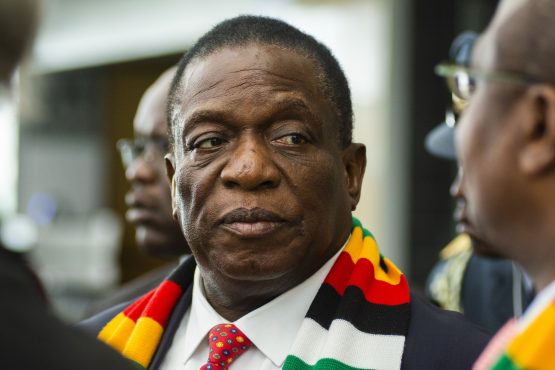 Zimbabwe’s security and stability is at risk as the main opposition and civil society stoke unrest, National Security Minister Owen Ncube told reporters in the capital, Harare on Monday.

The main opposition, Movement for Democratic Change, civil society organisations, churches and Western countries are among the “internal and external” threats working to unconstitutionally topple President Emmerson Mnangagwa’s government, he said. The state is also aware of plans to smuggle guns into the country to arm militia groups.

Zimbabwe is “under siege,” Ncube added. “We are watching the environment very closely.”

Zimbabwe’s two-decade economic collapse has deepened with inflation at more than 750% and the country’s currency collapsing. Public anger over intolerable living conditions spurred protest action that’s been brutally quashed by the military.

“The MDC is a non-violent party, created to fight for political power through democratic means,” Charlton Hwende, the party’s secretary-general said by phone on Monday. “This is an attempt to decimate the opposition further by the state by falsely accusing our people.”

Ncube’s unscheduled briefing is the second by a senior government official in at least four months, where a rift between Mnangagwa and his deputy, Constantino Chiwenga was denied. In June, the country’s top military generals pledged support for Mnangagwa and denied speculation of an imminent coup.

The state-owned Herald newspaper reported Monday that pressure groups had called for a two-day closing down of the Beitbridge border post, the inland port shared with neighboring South Africa.

“A blockade of borders is tantamount to a declaration of war,” said Ncube. “Government and state security agents have a duty to protect the integrity and flow of commerce across our borders.”

No stoking needed, this is spontaneous combustion.

It’s a “consequence” of past actions by ZANU-PF.

Zimbabwe has been ‘under siege’ from ZANU PF for decades. A modern day tragedy soon to be followed by South Africa as a result of ZANU PF’s evil twin, the ANC..

Then one has the debacle of an ANC delegation using a (free) Air Force plane, to visit Zimbabwe.

This ongoing debate seems to cover up the real reason WHY the trip was required in the first place. Very scant news around WHY the ANC needed to visit their ZANU-PF bed-buddies. What is happening? Why is the ANC interfering? or WHY the assistance?

The ANC ‘revolutionaries’ cannot even run SA properly, what new wisdom do they have to ‘assist’ Zim? Perhaps, they’re flying in USD cash to assist a Zanu-PF cash crunch? Or are they expatriating USD out of Zim, that was looted by Zanu-PF elite?