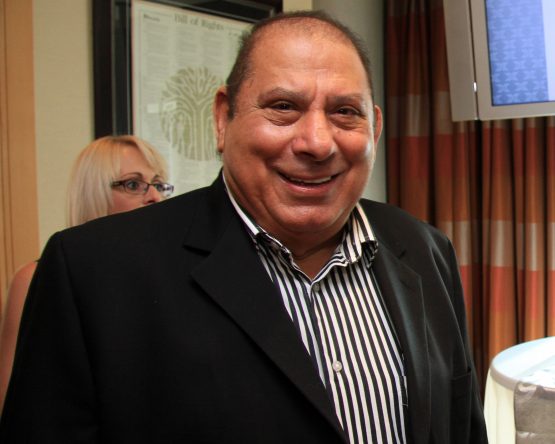 The looming class action suit against Nic Georgiou and Orthotouch by investors in the failed R4.6 billion Pickvest property syndication schemes, may receive a significant boost.

Morkel Steyn, a senior marketing executive of Pickvest and a director of all the Highveld Syndication schemes, has “disassociated” himself from property magnate Nic Georgiou, Orthotouch and several other related individuals, as he doesn’t believe they act in the best interest of investors.

He has now approached the Highveld Syndication Action Group (HSAG), the driver of the class action application, to offer his assistance. “I am doing this for investors. I have been with Pickvest from the start as the National Marketing director and for many investors I am the face of the scheme. I have significant information which may help the class action gain some momentum.”

Steyn was the former national marketing director of Pickvest and was until recently closely involved with the management of the business rescue plan. He has, however, not met with the HSAG legal team, but the parties have been in contact.

Steyn said he closely monitored all developments within the Pickvest companies since the implementation of the business rescue plan in 2011. “Over a long period of time I have tried to constructively address several internal matters with Georgiou and other key individuals, but these issues were not resolved.

“Someone needs to make a stand against possible maladministration and possible irregularities,” he said.

Steyn said it was critical that an investigation be conducted into the proposed listing of the Capital Growth Fund (CGF), a company that will own many of the various scheme’s properties and which will allow investors to convert their historical investments into shares in a listed company.

This listing was one of the options in the original scheme of arrangement and will allow investors to get access to their capital by selling their shares in the open market. This option is being aggressively marketed to investors, who currently receive monthly interest.

“I am really worried about this option, as investors will not receive more than 25% of the value of their original investments. The option is hugely beneficial for Georgiou as he would not have to continue paying interest to the investors who elect this option.”

He added that he was also concerned about the quality of the management of the various properties housed in CGF as many of the properties have deteriorated in recent years.

In a recent letter Orthotouch sent to shareholders, the company states that the listing “is well underway and is anticipated to be finalised during September 2017”.

Steyn also wants to investigate various developments and agreements that triggered the collapse of the scheme. This includes the sales agreement of PIC Investment Holdings by Durant Botha to Rikus Myburgh.

“I want to see the sale contract for this transaction, including all back to back agreements between Myburgh and Botha, as well as with Nic Georgiou.

“I also want to look at the flow of funds between various entities including Bosman & Visser.”

Steyn also wants some answers as to the R882 million dispute between Georgiou (Zelpy/Zephan Properties) and Bosman & Visser, which led to Georgiou cancelling the head lease and buyback agreements which was the core of the financial product.

“This dispute has never been investigated and it was the event that caused the current dilemma.”

Jacques Theron, legal representative of the HSAG, said he welcomed the development and will engage Steyn. “We welcome any assistance and information that will accelerate the class action process.”

The class action application was launched in 2014 and since then Georgiou has fought it tooth and nail. This application hasn’t even been heard and the parties have been involved in at least 15 other cases. Georgiou has also settled the claims or employed several key individuals that were initially strong proponents of the class action.

It has also become apparent that Georgiou failed to fully repay investors who elected the option in terms of the scheme of arrangement to receive a once-off payment of 40% of their initial capital investment.

It is not known how many of the 18 000 investors elected this option, but of 89 people who participated in a HSAG pole, 79 stated they have not received full payment.

In a letter to investors, Orthotouch claims that investors were paid a third of the amounts due to them, and that the balance would be paid on August 31. Investors would receive 10% interest on the outstanding balance.

The letter states that the payment was delayed as Orthotouch hasn’t receive the proceeds from two buildings that were sold. It is not clear which buildings were sold.

Theron says Georgiou has disclosed during negotiations that investors representing around R400 million of the total n investments elected this option, indicating that the total repayment is around R160 million.

Georgiou did not respond to emailed questions prior to publication.

Amazing because Morkel Steyn was the chap who managed the sales teams and travelled the country telling brokers to invest all their clients money into this scheme! Why would he now turn against Pickvest? Perhaps because he is still in Bloemfontein running other schemes and he wants to look good to get clients to invest into his new scheme? Ryk investigate this?

Just to add to my last comment- Mr Steyn was also the person who approached Georgiou to buy the PIC book!

A rat leaving a sinking ship looking for a lifeboat?

Ryk, any update on the Nova / Sharemax issues?

It is very odd after so many years Morkel Steyn wants to assist with the class action , why could you not do this in the beginning, unless you are the informant for Nick Georgiou?

What!!! The same Steyn who couldn’t explain to his clients in Bloemfontein what has happened to their money or money invested on behalf of a parent. He who had the audacity to refer his clients to someone else to “explain” the situation – the someone else, the writer hereof. By the time I’ve told Steyn in no uncertain terms what I thought of his actions, he was the one who ended up threatening me which was absolutely the last straw as he obviously didn’t know who he was dealing with. Steyn, Visagie, Hancke, Georgiou, etc, etc are all cut from the same cloth: Money is their “god”they are never be trusted.