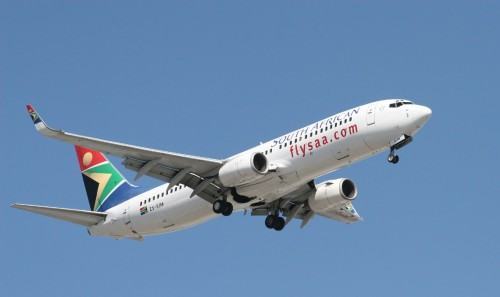 It may also derail the already difficult process of refinancing SAA to re-establish its going concern status.

SAA failed to respond to Moneyweb’s questions in this regard, but National Treasury spokesperson Phumza Macanda said in an SMS response: “We are aware of the withdrawal of the Citibank facility and are working with SAA to ensure that they have sufficient liquidity.”

According to an internal SAA document that Moneyweb has seen, SAA will, as a result of the CitiBank decision, “have no free cash available on January 15”.

Apparently CitiBank is not prepared to re-instate the facility without a government guarantee.

In a legal opinion prepared for the board in November 2015, SAA head of Legal, Risk and Compliance Ursula Fikelepi said SAA had R14 billion in government guarantees, with R3 billion of it not being utilised.

From Fikelepi’s legal opinion, that Moneyweb was initially interdicted against publishing, it was however clear that SAA needs much more than R3 billion. Judge Roland Sutherland lifted the interim order in the South Gauteng High Court on December 17, ruling that it is in the public interest to have it published.

Fikelepi pointed out that the external auditors have not signed off SAA’s financial statements for the year ended March 31 2015, as SAA was not a going concern. According to Fikelepi, SAA was trying to raise R15 billion long-term debt in an effort to restructure its debt; a R3 billion term loan and R1 billion bridge finance to re-establish itself as a going concern.

She said the funding drive was due to be completed by January and until then the airline would not have enough cash to pay its debts.

The position was clearly very precarious even before the cancellation of the CitiBank facility.

The fundraising was not going well. Fikelepi said there were “challenges” to raise the R15 billion, as lenders were “increasingly wary of assuming SAA risk”.

This would have been further complicated by the departure of SAA’s CFO Wolf Meyer around December 17 2015.

SAA earlier told the Parliamentary Portfolio Committee on Finance that it needed a further government guarantee of R5 billion.

The CitiBank cancellation came even after National Treasury announced on December 22 that the SAA board would revert to the Treasury-approved aircraft leasing deal with Airbus that would save the airline huge amounts and was part of its long-term turnaround strategy.

That put an end to efforts by the board to depart from the approved transaction to accommodate a local third party intermediary. This departure was expected to send SAA over the financial cliff and was averted only after finance minister Pravin Gordhan’s intervention.

Gordhan was re-appointed to his former job as finance minister after the sudden removal of Nhlanhla Nene from the position sent markets into a tailspin. Nene’s rejection of the SAA board’s proposed deal with Airbus was widely seen as one of the possible reasons for his removal.

In an effort to mitigate the impact of the CitiBank cancellation, SAA is seemingly juggling its obligations. “The Finance team are managing non-critical creditor payments in order to ensure liquidity for the next two weeks,” the internal document stated.

Charl Kocks, principal of Ratings Afrika, said if at any stage SAA gives written notice to any of its creditors that it cannot pay its debts, that would be an act of insolvency in terms of the Insolvency Act. The board would in such circumstances be obliged to file for business rescue and/or inform all its creditors of the situation.

Failing to do so constitutes non-compliance with the Insolvency Act and may see directors being held personally liable for damages suffered by any third party as a result of their failure.

Fikelepi already told the board in her legal opinion early in November that it should file for business rescue or insolvency in terms of the Companies Act, but the board has to date failed to take such action.

The SAA board has been widely criticised for the way it leads the organisation, often ignoring Treasury instructions. It has been in conflict with SAA management and this has resulted in the departure of many experienced executives. Board chairperson Dudu Myeni is the chairperson of the Jacob Zuma Foundation and has been seen as enjoying protection as a result of her relationship with the president.

Deputy President Cyril Ramaphosa, who has been tasked with overseeing the turnaround of SAA, said in a statement on November 26: “Currently, government is in a process of finalising the appointment of a new board of directors as part of efforts to ensure good corporate governance. The task of the new board will be to stabilise executive management by recruiting skilled professionals to implement the turnaround strategy as approved by the board and endorsed by Cabinet.”

Economist Mike Schüssler said CitiBank’s decision would raise huge concern among SAA’s other funders and creditors. The bank would typically have more insight into SAA’s finances than other creditors and other banks would be very wary of extending further credit to the airline.

Schüssler said the only options are for government to give SAA further assistance, or to close the airline down. He said taxpayers cannot afford SAA anymore and if government nevertheless decides to assist the airline further, things will have to change, starting with an investigation into reckless management of the airline and the appointment of a new board.

SAA should have been privatised or closed down more than a decade ago. But privatising it would have been a rational act, so will definitely not happen.

Can’t wait for the board members to incur personal liability *gets popcorn*.

Regrettably it is possible the safety will be compromised. People say the pilots will not allow this. Perhaps people are naive as to the extent the ANC will go to in their corrupt ways. I would not recommend anyone fly SAA anytime soon.

Give it away – taxpayer funded debt included!

My view, well done Citibank, but you just shot yourself in the foot!

Don’t be to surprised if people like the EFF start calling you names and protest outside your offices!

I think Mike Schüssler is 100 % correct as Banks also operate as a consortium with any big financing etc projects. They will all be forced to withdraw if and when the consortium comes under pressure. I have witnessed this over many years in my old FX corporate life!

If anything, the EFF is actually celebrating this outcome. They want anything to do with the ANC, rightly or wrongly, to fail, and to use the failure for their own political gains.

Now it finally appears as if the foreign investors are realising the incompetence and corruption of all the state owned enterprises like SAA. This particular bankrupt company is run by one of Zuma’s girlfriends.

In their effort to buy votes, the ANC needs the parastatals for cadre deployment and corruption .
The students demand free tuition. Government employees demand above inflation wage increases. Farmers need more than R 20 billion in drought relief. We expect food prices to skyrocket, and the demand for higher social grants will increase.

Everybody knows that SA can no longer afford the ANC! Parastatals will have to be sold off.

This just has to be the “last chance saloon”. Get a competent board and executive installed immediately (which means this week). Remove Myeni as chair and whatever else she thinks she is – again this week. Either this or close down. And closing down will mean that SAA will never fly again and can flog its fleet to another international air carrier. But buyers beware – check the aircraft carefully before buying as the maintenance could be a bit dicky. Teachers do not make good airline executives.

They can always sell off SAA to PUTCO. After all, the SATAWU Union seems to thing the planes can be flown by glorified bus drivers – as heard on Carte Blanch.

I’d hate to be one of the “non-critical” creditors being “managed”, i.e. not paid.

Who are the non critical creditors? The guy that fuels the plane or they guy that checks the oil? I doubt their are any non critical inputs to keeping an Airbus safely in the air. this bunch of teachers and HR guru’s know better.

downgrade coming sooner than we had hoped for and Rand well it is on the way to some more new lows at an alarming rate all thanks to that man Zuma.

Thanks Citibank! It takes balls to stand up to the corruption we have been seeing of late and it takes corporations like yours to make a stand so that we can try and get the country and the airline on track again as honestly as is possible.

Your courages stand will ensure too the Dudu gets her a$$ whipped too and hopefully we will see her out of a job sooner rather that later.

Give that bank manager a Bell’s. In fact, give him the whole bottle!

‘SAA board should apply for business rescue’

No confidence vote from SAA pilots

‘SAA board should apply for business rescue’

No confidence vote from SAA pilots