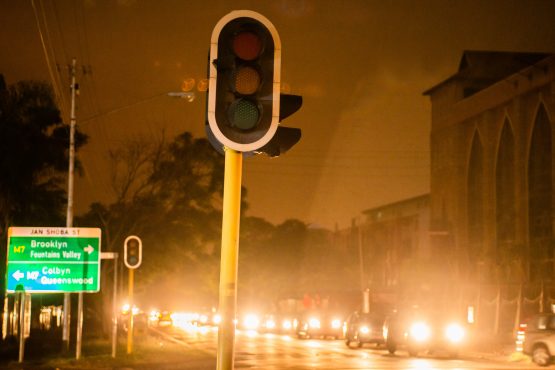 The debt-laden state power giant published its latest financials on Friday, noting that “the declining energy availability factor” resulted in 46 days of load shedding during the year.

The utility posted an operating profit of R9.2 billion but a net loss of R20.5 billion due to its huge debt servicing costs, and said electricity growth was hampered by capacity shortages and adverse economic conditions.

Load shedding is seen as a contributing factor to South Africa hitting a recession last year.

“During the [year under review], Eskom experienced significant operational and financial challenges, resulting in Stage 6 load shedding during December 2019 and further financial assistance from the government,” it said in a statement.

Eskom noted that management has made significant changes to arrest its operational and financial decline.

“We have implemented assertive collection strategies against the largest municipal defaulters, which has resulted in a 17% increase in payment levels from these customers during the current financial year – FY21,” said Eskom CEO André de Ruyter.

“This is one of the key areas that require a concerted effort if Eskom is to embark on a sustainable course. Every consumer of electricity needs to pay for what they consume,” he added.

“Despite an improved Ebitda [earnings before interest, tax, depreciation, and amortisation] of R37 billion, compared to R31.4 billion in 2019, Eskom incurred a net loss after tax of R20.5 billion,” its statement noted.

“During the year the company raised R50.9 billion in debt, against the target of R46 billion. Furthermore, 64% of the funding requirements for the 2021 financial year have already been secured.”

Read: Eskom must cut its debt by more than half – CEO

Eskom said that its “unsustainable debt burden” led to net finance cost of R31.2 billion, which resulted in the R20.5 billion net loss.

The group’s net loss is slightly better than its previous financial year (ended March 2019), when it reported an after-tax net loss of R21 billion.

Commenting on the financial performance, Eskom CFO Calib Cassim noted that there was an improvement in Eskom’s financial position owing to government equity support of R49 billion during the year and R56 billion allocated to FY2021.

“Cash from operations is insufficient to service Eskom’s debt commitments and therefore support from government was necessary,” he said.

“But the company cannot rely on government support for survival.”

Ha ha the reduction in electricity sales may be the load shedding but there has been a steady decline over the past 5 years. As GDP has been creeping up perhaps the loss in sales is all the solar. My estimates are 700 to 900 MW of rooftop solar increasing by 300MW per annum. Old Gwede has it as 97MW I think but that is because it is nearly impossible to get registered with Nersa.
Maybe its because we are all starting to use LED bulbs…..

The Eskom inability to fulfill its roll costs our company as well . Running a diesel generator is expensive. Every time we have to start the generator I curse the ANC / Commie incompetents and thieves that are responsible for this never ending problem.

Loadshredding has a 1:1 impact on Eskom.

It has probably around 14:1 impact on a manufacturer :/

Well Eskom, we did exactly as you told us, the public: “please use electricity sparingly”.

Did you expect a different outcome?