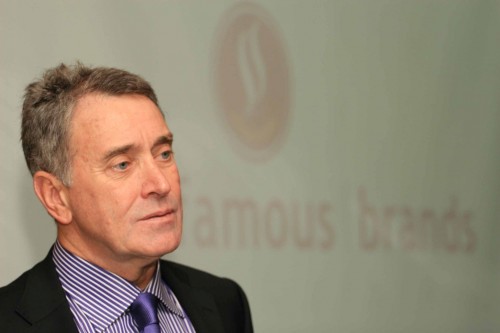 Kevin Hedderwick will continue as strategic advisor to Famous Brands for another six months after which he will assume the role of a non-executive director.

One of South Africa’s most respected business leaders, Kevin Hedderwick, has teamed up with industry giant, Brian Joffe, to create magic out of Joffe’s new business, Long4Life.

The former CEO of Famous Brands has been appointed as the COO of Long4Life, which raised R2 billion ahead of its listing in April. The company is yet to make an investment, though talks are under way to acquire the rapidly growing beauty chain, Sorbet.

Late last year Hedderwick announced he would retire from his position as CEO of Famous Brands in February, after 16 years with the group. At the time he made it clear that he was making way for the next generation of leadership, in particular for incoming CEO Darren Hele, with whom he had worked for 12 years. “CEOs all have shelf lives,” he said, “we may not want to believe it, but its true.”

Hedderwick will continue as strategic advisor to the group for another six months after which he will assume the role of a non-executive director. “I’ve still got some work to do in terms of completing the loop for myself at Famous Brands, for my shareholders and for our investment community at large. But the business has rhythm and he [Hele] is giving it more rhythm.”

Seeing out his working career as a non-executive on a succession of boards was never going to be enough for a man who describes business as his hobby. “I love business. I love the energy of it. I couldn’t sit around waiting for board-packs.”

While he was stepping back from Famous Brands he had no specific plans for his future, but acknowledges that he and Joffe had had ‘a cup of tea’. Joffe outlined his ideas for Long4Life and indicated that they could make a good team. Hedderwick agreed to ‘give it some thought’. As it turns out he had a spinal fusion in December and was forced to spend six weeks on his back. “I had plenty of time to think about what I wanted to do.”

He knew deep in his heart that the one thing that gave him most joy – aside from building businesses – was developing entrepreneurs. “I knew that if another opportunity presented itself for me I would certainly look at it. I don’t want to work 18 hours a day, six days a week as I did at Famous, but I need to be energised and keep my mind active.”

What one has in Long4Life is a small, ambitious vehicle run by two men who are essentially in their second careers. “He is a giant in relation to me, but I think we can have some fun and hopefully make some money for a lot of people.”

The first item on his agenda is to conclude the Sorbet deal, which has dragged on a bit. “Then its a question of looking for wonderful assets in the lifestyle sector where we will look for 100%, controlling or even minority stakes.”