Davos delayed – plus a look at trust among citizens and between China and the US, with a word or two about M&R and WBHO as well as Cartrack, Truworths, RCL and Remgro.
By Ann Crotty 18 Jan 2021  00:01 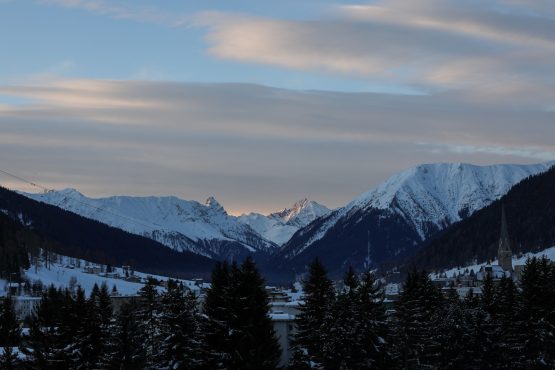 We won’t know what the latest mega-trend is until later in the year now that the 2021 gathering of global thought leaders in Davos has been postponed. Image: Simon Dawson, Bloomberg

One and probably the only upside to Covid is not having to endure the preening of the world’s top political, academic and business leaders on the World Economic Forum (WEF) stage in Davos.

At about this time every year this band of self-appointed ‘thought leaders’ gathers in the snowy, hard-to-get-to Swiss town of Davos and capture the latest mega-trend to challenge the world’s leaders. They then brand it as their own and, with the help of a generally compliant media, disseminate it to all of us ‘thought followers’.

They’ve done it to the environmentalists, and more recently they did it to the growing numbers of civil society organisations pushing for a more accountable corporate sector.

The theme of last year’s get-together was ‘Stakeholders for a cohesive and sustainable world’. Behind the theme was the message that companies have a greater purpose than just providing returns for shareholders – providing some returns is of course a critical basic requirement.

In the WEF’s defense, the lack of any sign of progress with its latest campaign could be down to the devastation of global Covid-induced lockdowns. Anyway, this year’s annual conference has been postponed – to May – and relocated to Singapore. At this stage a further postponement does seem inevitable.

As for the location, some commentators have suggested Wuhan. Although it is slap-bang in the middle of a Communist-run country, Wuhan might just represent the epicentre of all that global shareholder capitalism currently represents and is therefore a more fitting venue for the times it is in.

The annual Davos bash has traditionally also provided an opportunity to release the latest Edelman Trust Barometer survey, which attempts to measure the level of trust citizens have in their government, business, NGOs and media.

Almost inevitably, year after year, countries such as China, Indonesia, the United Arab Emirates, Saudi Arabia, Singapore and Malaysia scored the best trust levels. Equally inevitably the UK, US, France, Germany, Italy and South Africa were at the bottom of the pile when it came to trust.

Read: South Africans are losing trust in the state (Jan 2020)

It’s difficult not to suspect that the barometer is actually measuring the extent of state power versus the chaotic vibrancy of so-called ‘Western style’ democracy.

Instead of the Edelman barometer, this year we could just measure the level of expressed anger about individual government’s rollout of Covid vaccines.

Chaos, without the vibrancy, just about describes the US regulators’ recent efforts to comply with President Donald Trump’s executive orders banning investment in companies with alleged ties to the Chinese military.

The New York Stock Exchange initially banned a few large Chinese companies, then reinstated them only to ban them again a few days later. Last week, after tough negotiations between two of Trump’s leading advisors, a decision was taken to leave Alibaba, Tencent and Baidu off the blacklist.

This will certainly be good news for Naspers and Prosus shareholders who are exposed to adverse decisions on the Tencent front.

But the pressure isn’t off. In fact on Friday Moneyweb carried news of the Trump administration’s blacklisting of China’s second biggest smartphone maker Xiaomi and 10 other companies.

Read: US blacklists Xiaomi in widening assault on China tech

And while incoming president Joe Biden is expected to sign a series of executive orders in his first days in office reversing Trump’s decisions on numerous issues, analysts reckon he will be reluctant to be seen to be too accommodating to the Chinese.

Longer term, given the huge amounts of information that Tencent collects on its billion or so customers, it probably wouldn’t be too difficult to argue that some of this ends up in the hands of the Chinese military.

How ironic that just a few years ago the bigger investor worry on this score was that the Chinese government might move to implement its restrictions on foreigners investing in key strategic industries.

The very long list of those industries would include Tencent, Alibaba and Baidu. It was after all these restrictions that resulted in the creation of the contrived ‘variable interest entity’, which allows foreigners to sidestep the regulations – until the regulators decide otherwise.

On a more prosaic note Australia provided some good and bad news for investors in South Africa’s construction industry.

The good news came from Murray & Roberts, which has been awarded a R4.8 billion contract for a development project in Western Australia.

On the bad news front Wilson Bayly Holmes-Ovcon (WBHO) announced the tentative R3 billion sale of an Australian investment had been scrapped due to the unidentified buyer being deemed unacceptable – on national security grounds – to the Australian government.

According to Australian news reports the buyer was a Chinese state-owned company. The move does indicate how elastic the definition of ‘security’ can be when political and diplomatic relations become strained.

The WBHO share price did manage to recover from the dent caused by the news.

Cartrack’s robust business update for the nine months to end-November will surely add to the sense of disappointment about this outstanding performer’s decision to transfer its primary listing to the Nasdaq.

Read: Cartrack to delist from JSE, list on Nasdaq

Things were more sombre at Truworths, where shareholders were warned that profit for the six months to end-December was likely to fall by between 4% and 9% as consumer demand took a hit from Covid and the accompanying lockdowns in the UK and SA. It’s not a great time to be looking for a new chief financial officer/chief operations officer.

Read: Truworths says half-year profit could fall as much as 9%

Meanwhile over at food group RCL, Remgro’s move to create a one-off liquidity event has surely reduced the potential long-term liquidity in the chronic underperformer.

After buying back whatever shares were offered at R8.05 apiece – in its one-off liquidity event – Remgro now holds 74.5% of the RCL shares, up from 72.6% a few weeks ago.

It’s not a huge increase but it surely won’t help the ongoing low level of trade in the share.

There is no scientific proof that someone is a thought leader. When they may get a prediction right they tell you at nauseum, but when they don’t, which is most of the time, they don’t say anything.

What is wrong with Remgro?? It used to be one of the safest bets one could make?

Who will now instruct the central banks on their global strategies? Will the Davos fraternity elect a spokesperson via zoom? I vote for bonnie prince charlie. Whats that you say? this is about spending the plebs money to create jobs and generate profit for the big money hierarchy, plebs don’t get to vote on it.

The Chinese military and Chinese companies are all part and parcel of the Chinese Communist Party (CCP) to whom the “thought leaders” pander.
The divide between western calitalism,free enterprise,and Orwelian authoritarian governments is growing rapidly whilst they are literally squeezing the life out of people with the release of the CCP virus on the world.1984 has definitely arrived and is alive and well,and supported by the “thought leaders” of the new world order. Freedom of speech,curtailed by big tech and the global media pushing the agendas of the “thought leaders” will accelerate under the Biden administration with higher taxes,interest rates and less civil liberties.SA will not be spared.

Davos …aka WEF …aka Klaus Schwab

Although “Build Back Better” may not have crossed his mind 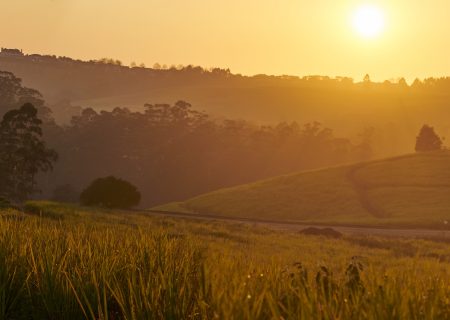