On Monday April 25, Twitter and Elon Musk said they’d reached an agreement for the billionaire to acquire the company and take it private. Image: Shutterstock

Twitter users woke up April 4 and found the words “Elon” and “Elon Musk” trending on the site — not because the world’s richest, most-followed businessman had caused a stir with his futuristic companies, but because he’d disclosed a major stake in Twitter.

Suddenly, Musk was Twitter’s largest individual shareholder, with more than 9% of the company, and speculation swirled about how he would influence the network’s future.

He’d been frequently tweeting ideas for revamping the social media platform. Over the next week, Musk would accept an offer to join Twitter’s board of directors and, in a sudden reversal, reject that offer five days later, leaving the company’s management, employees, investors and interested observers guessing about his plans. On April 25, Twitter and Musk said they’d reached an agreement for the billionaire to acquire the company and take it private.

They expect the deal to close by the end of the year, and a lot could happen before then. As the news develops, here’s a look at what’s happened so far:

Musk started quietly buying Twitter shares on Jan. 31. By March 14, Musk had accumulated an over 5% stake, the point after which he was supposed to disclose the activity to the Securities and Exchange Commission (SEC), and by extension, the public.

Musk missed the deadline to inform the SEC by 10 days. Because Twitter’s share price rose the second his stake was revealed, he was able to accumulate more on the cheap by not disclosing — a misstep that would later trigger a shareholder lawsuit.

“Free speech is essential to a functioning democracy. Do you believe Twitter rigorously adheres to this principle?” Musk asked his Twitter followers in a poll posted on March 25.

“Is a new platform needed?” Musk asked in a tweet on March 26. “Am giving serious thought to this.”

Several users commenting on the Tesla chief executive officer’s tweet recommended he look into buying Twitter instead. Soon they would find out he was already acquiring shares.

Musk’s filing listed him as a passive investor, and yet, shortly after it became public, he started tweeting out business propositions for the social media company.

Musk posted another poll on Twitter asking users to vote on whether they wanted the company to add an edit button that would allow people to change tweets after they’ve been published.

Twitter CEO Parag Agrawal urged users to “vote carefully” on the poll. “The consequences of this poll will be important.”

By the end of the day, Twitter invited Musk to join the board. Musk signalled that he would sign an agreement stipulating that he could not own more than 14.9% of the company’s stock.

In the morning, several of Twitter’s board members took to the platform to congratulate Musk on his decision to join their ranks. Agrawal tweeted that the company and Musk had been chatting for weeks.

Agrawal’s tweet led people to question why someone engaged in discussions to become a director would file as a passive investor. 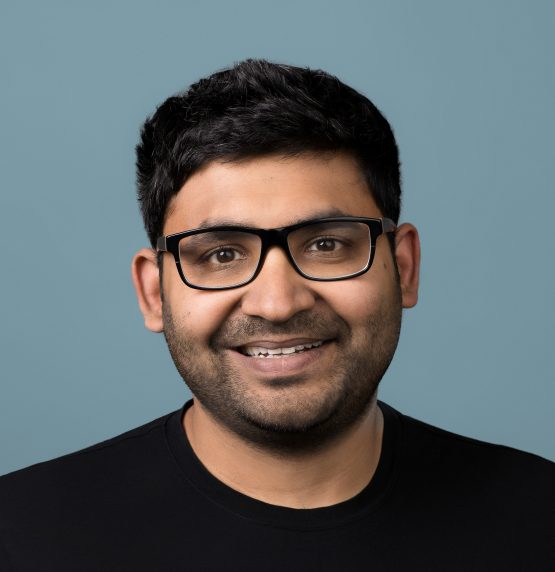 Later that day, Musk refiled the disclosure of his stake to classify himself as an active investor, making the change only after indicating that he would accept a seat on the social media company’s board.

April 9: Musk rejects the board seat

The day that Musk was set to officially join Twitter’s board, Musk informed the company that he would be rejecting its offer. But, Twitter sat on the news for roughly 36 hours while waiting to see whether Musk would change his mind.

Twitter’s investor relations website listed Musk as a board member throughout the weekend.

During that time, while the public still thought Musk was set to join Twitter’s board, Musk tweeted several veiled criticisms and suggestions for the company. Musk asked his followers, “Is Twitter dying?”

Musk suggested that everyone who signs up for Twitter Blue, a subscription version for power users, should get an authentication checkmark. He suggested Twitter should convert its San Francisco headquarters into a homeless shelter “since no one shows up anyway.” And he made some crass jokes, suggesting removal of the “w” in Twitter.

Agrawal sends out a note to employees, and later tweets it publicly. Neither Agrawal or Musk give a reason for the reversal.

Musk files an amended disclosure with the SEC. He can now purchase as many shares as he wants. Without a board seat, he no longer has to act in the best interest of Twitter shareholders.

At Twitter, which doesn’t have a founder with majority control like other tech giants, employees are “ super stressed,” concerned that this is only the beginning of the whiplash.

In an SEC filing and accompanying tweet, Musk said he would buy out stockholders in a cash deal valued at $43 billion and take Twitter private.

The offer is $54.20 a share, a 54% premium over the price when he started building his stake in January. The number is also an apparent (and not-very-subtle) reference to Musk’s failed bid to take Tesla private in 2018 for $420 a share — and, of course, to a special number in pot culture. Morgan Stanley is brought in to advise on the bid, which Musk describes as his “best and final” one.

To thwart Musk, Twitter launched a so-called poison pill, which is a rights plan that allows shareholders to purchase shares at a discount if any shareholder exceeds 15% ownership. This would effectively dilute the billionaire’s stake.

The company said in a statement that the intention of the plan is to ensure that anyone taking control through open-market accumulation pay all shareholders an appropriate premium. Twitter has been fielding interest from other parties, including private equity firm Thoma Bravo, according to a person familiar.

The company is being advised by Goldman Sachs Group Inc. and JPMorgan Chase & Co. Twitter founder Jack Dorsey, a friend of Musk, acknowledged in a tweet that as a public company Twitter has always been for sale.

In a flurry of tweets about the potential deal, Musk said, “With Jack departing, the Twitter board collectively owns almost no shares,” so its economic interests are not aligned with shareholders.

Dorsey replied: “It’s consistently been the dysfunction of the company.” Dorsey is scheduled to leave the board once his term expires at the next shareholder meeting on May 25.

Wow, with Jack departing, the Twitter board collectively owns almost no shares! Objectively, their economic interests are simply not aligned with shareholders.

Vanguard’s April 8 disclosure that it owns 82.4 million shares or 10.3% of the company fuels tweets that Musk is no longer the top Twitter shareholder.

The New York Post reports that Musk is willing to invest up to $15 billion of his own cash and borrow against his Twitter stake to push through a deal.

A filing with the SEC shows that he has $25.5 billion in debt financing from Morgan Stanley and other financial institutions, including margin loans backed by his equity stake in Tesla and $21 billion in equity financing from himself. But whether the billionaire will sell part of his stake in one of his prized companies to acquire Twitter remains to be seen.

April 24: The board holds discussions with Musk

Talks between Twitter’s board and Musk took place Sunday and continued into the next day. The board began to take Musk’s offer more seriously once he presented details of his financing.

Twitter agreed to sell to Musk for his original offer of $54.20 a share. The transaction, valued at about $44 billion, will take the company private.

Musk said he will prioritise free speech on the site, open-source its algorithms, eliminate spam and add new features. Twitter said it expects the deal to close in 2022.