As beer makers join the global move to exit operations in the country following its invasion of neighbouring Ukraine.
By Jerrold Colten, Bloomberg 22 Apr 2022  08:06 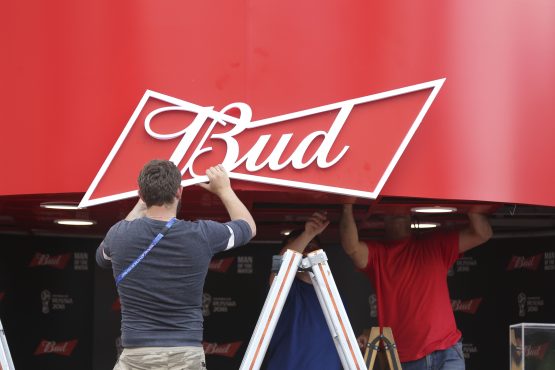 Anheuser-Busch InBev, the world’s largest brewer, will sell its non-controlling interest in its Russian joint venture, as beer makers join the global move to exit operations in the country following its invasion of neighbouring Ukraine.

Leuven, Belgium-based AB InBev said Friday that it will dispose of its holding in the AB InBev Efes venture, adding that it’s already in “active discussions” with partner Turkish Brewer Anadolu Efes about buying the stake.

The move comes in the wake of decisions across the industry to halt operations in Russia. Danish brewer Carlsberg A/S on Thursday cut its earnings guidance and said it’s facing a $1.4 billion writedown as it moves ahead with plans to exit Russia, while Amsterdam-based Heineken NV said in late March it plans to sell its business in the country.

AB InBev said a request to suspend the license for production and sale of the Bud brand in Russia will also be part of a potential deal for the Russia JV.

AB InBev had previously announced that it would forfeit all financial benefit as a non-controlling partner from the venture, and the company will report a resulting $1.1 billion non-cash impairment  as part of its first-quarter results.