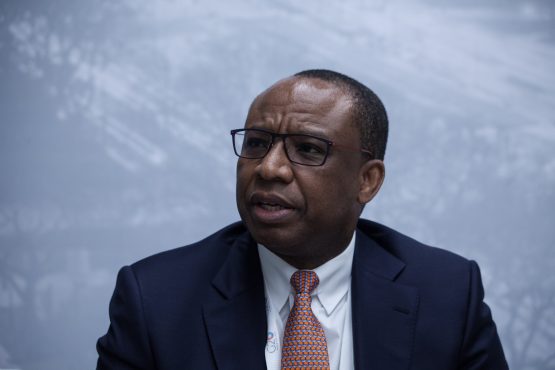 Mminele, who retired as second-in-command at the central bank in June 2019, will be Absa’s first black chief executive.

Mminele will take over from René van Wyk, who has headed the bank on an interim basis since long-time Absa boss Maria Ramos, at the helm when Britain’s Barclays exited an 11-year controlling stake in 2017, retired earlier last year.

Absa Group Chairman Wendy Lucas-Bull said that Mminele’s skills and global perspective makes him a suitable leader to drive the bank’s focus on long-term digitally-led growth across its markets.

“In terms of his starting point, Daniel will want to assess where we are in implementing that strategy and assess how he can play a role in strengthening the team’s ability to continue on that journey,” said Lucas-Bull.

Absa has lost market share in the last decade, slipping to third-largest in terms of assets, and also faces increasing competition from new digital players Discovery Bank and TymeBank.

Mminele said he was delighted to be joining Absa,

“I look forward to being part of and leading the exciting journey that Absa has embarked upon to regain its rightful place in the South African market as well as to fully establish itself as an independent African financial services group with deep roots in South Africa,” he said in a statement.

Interesting to see whether this will change anything given that inherits a sycophantic exco, basically tailored to suit the whims of Arrie Rautenbach. So much made of the fact that the new CEO was picked so that he could work with the team already there, despute the fact that this is a leadership devoid of anyone who could command the job at any of the other banks. Could this be to protect the “We are going to be number one again even if we don’t actually have a plan other than a pretty drawing courtesy of Mckinsey and Company” rhetoric of the command and control Rautenbach? Given how the RBB team seems to be falling like moths to a flame under him, Mminele may want to take a closer look at exactly what’s going on in his team, how devoid of an actual strategy they are and thus whether his first actions would need to be actually putting in some leadership in place.

Still the worst bank in the country by miles and miles.

If former finance minister Mr 600 Million was the big deal with the wits to go with it as claimedby Sygnia’s Magda, he’d be a CEO or chairman of a bank but he’d never be one.

A thoroughly decent and capable fellow. But is this what ABSA needs with a Capitec eating their lunch at the bottom end of the market and RMB/Investec at the top end. He has no track record as a business grower. Is he really the entrepreneur that ABSA needs in place of the charming but ineffective Maria Ramos. I guess that the problem starts at the top-Mrs Lucas Bull and her mediocrity in so many ways.

Simply there to rubber stamp what the palooka’s who are running the place say. Will quickly find that Big Man Arrie has the CFO, Risk Officer, Compliance Officer and his Deputy RBB Head (who ever heard of a boss and subordinate being on an Exco together, Absa’s way of paying lip service to transformation, putting a black woman on the Exco but sitting next to her boss so she knows her place) all agreeing in lockstep with him. A career in Government or Regulator may mean you are a fine intellect but not going to help you when the real issues are deep strategic and operational and you really have to drive change from within the organisation. Sadly, the purge of young leaders at Absa to replaced by the Rautenbach minions already happened so good luck finding brain power in Palookaville. Russon and Matlare the only decent human beings in the room but they know better than to cross Arrie and his McKinsey powered slides…best to just run their own businesses.