This follows Daniel Mminele stepping down after being in the job for 15 months.
By Kenneth Maxwell, Bloomberg 20 Apr 2021  08:35 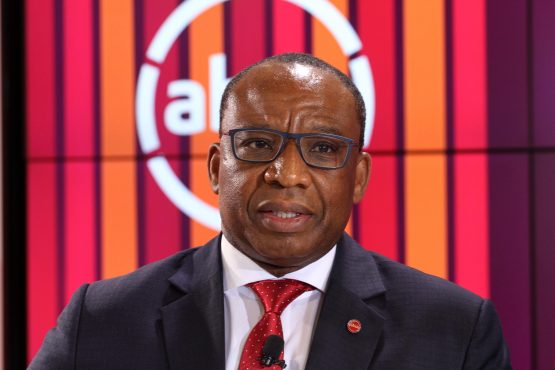 Daniel Mminele will be stepping down as CEO of Absa Group and Absa Bank at the end of April 30, 2021.

Mminele’s departure brings to an end a stint that just lasted 15 months, after he took the job following being a South African Reserve Bank deputy governor. He joined Absa after an extensive search, when then CEO Maria Ramos left at the end of February 2019.

In a statement, Absa said the departure was a result of conflicting views when it came to changing the bank.

“It has become clear to the parties that there is non-alignment on matters of strategy and culture transformation.”

“It is a matter of considerable regret that we reached this position,” said Absa Group chair, Wendy Lucas-Bull.

“The parting of ways merely reflects divergent professional views and approaches, and is on a ‘no fault’ basis,” she added.

Lucas-Bull said the parting “was a very difficult decision that was not reached lightly,” but it was in the best interest of the company and Mminele.

The group’s CFO, Jason Quinn will take over from Mminele as interim CEO.

Quinn has been the CFO since August 2016. Prior to this job he has been with the group in various senior roles since 2008, and before that was a partner at Ernst & Young.

Absa said it will announce the appointment of an interim CFO in the coming days, pending regulatory approvals.

The departure of Mminele is further disruption to the top leadership of the country’s third-largest lender, following the death of former deputy CEO Peter Matlare, weeks ago.

It will also mean with the appointment of Quinn, Absa will once again be run by a second interim CEO within two years.

Despite the differences it had with him, Absa’s board thanked him for his contribution and wished Mminele well.

Lucas-Bull said an “appropriate separation arrangement” was agreed to but no figures were provided.

A public servant cannot run a Company. The DNA is just not the same as that of an Entrepreneur

Firstly, it is clear you don’t know anything about Mminele’s professional background. He worked in commercial and investment banking prior to joining the South African Reserve Bank. In both roles he was highly regarded as a manager and operator.

Secondly, if you think that the middle and upper ranks of ABSA is filled with entrepreneurs then you need to go and check how many of them have started up and successfully run their own businesses in the last decade. A handful tops. That goes not only for ABSA. All the other banks are also populated by civil servant minded people.

Might have been better if he was Maximela instead of Minimela ne.

If there is one bank that desperately, desperately needs to change, it’s Absa.

They need to get rid of that “Africanacity” BS lingo and become a real bank instead of the chaotic mess that they are.

I cannot imagine the amount of deadwood that must sit in the Joburg/Sandton offices, or even worse, be “working from home” now.

Collecting a massive golden handshake just to get rid of non-performing execs is done at shareholders’ expense.
it must stop – in SA and Globally
Up there where the air is rare – – – they deal with our money but looking only after themselves.

Speculation much? Maybe it’s just a toxic place to work.

I can vouch for that. Will park my comment for now because if I get started ABSA will probably want to sue me – just as SAP tried to sue me for calling them out in the press on an ROI calculation!!!!

Worst bank since Maria Ramos got her claws embedded.

Its a dreadful job. The previous low end CEO (and the non substantive Chairwoman) didn’t build a deep succession team and ABSA is being beaten to a pulp by FNB and Capitec with technology etc. The brand is tired and third class and the bank lacks idea generation. The bad debts are probably going to get a lot worse and growth is not going to happen soon.

He probably said I don’t need this in my life at this stage.

ABSA has become one of the worst and MOST expensive banks to deal with. After 25 years as a Private Banking client I now struggle to send money to my daughter in NZ whereas before it took me 10 min with a call to my banker and she fell over herself to assist me.

Now I dont even get a call to say Hi are you well and is there anything we can do for you – all at the Private Banking cost of R1,500/month…………for what.

@Gil: The Private (W)Bankers at all banks are becoming less well qualified to act in that role and they are given way too many customers to ‘look after’. In the end it’s the fees they chase and I suspect they are losing many customers. Digital banking is squeezing them out. I must say that occasionally one still comes across a bank employee with the old school attitude. Few and far between.

ABSA is unfortunately not showing the right signs.

The ABSA CEO resigns and the Standard Bank share drops nearly as much as the ABSA group share price.

These were my comments when he was appointed ” He is well regarded in higher echelons and seems an altogether more suitable candidate than his predecessor,who if the truth be told,was an absolute disaster.The problem here i see is that he coming into a bank which is comfortably the worst of the big 5 or 6,whose market share has been eroded and leadership diluted to the bare minimum.Good luck i would say to him”

While an altogether decent man,the Bank lost its identity years ago and was not helped by the awkward Maria and her distinctly uncharasmatic leadership style.You look at the CEOS of the other big banks(Brown,Sim,Cilliers and the Capitec crowd)and you do need a seasoned frontline banker to provide some leadership and identity to this bank.The closure of their 75billion money market fund just showed how they poor their decision making is.Go and find the the best candidate in the marketplace and appoint them

You look at the CEOS of the other big banks(Brown,Sim,Cilliers and the Capitec crowd)and you do need a seasoned frontline banker to provide some leadership and identity to this bank.

I guess maybe SAA should consider the same comment and review their decision about their new CEO. Will probably also get his golden retirement handshake fairly soon.

so many rotating doors for CEO’s all getting paid to sit at home. Proper redistribution of wealth me thinks.

Just after Absa announced the closure of its money market account : the biggest in the country .
Have just moved to Capitec.

Would be good to be told exactly why he is leaving. This would stop ill judged speculation!

The ”Winds of change” are busy blowing through most ‘Murthu banks lately.

My view about banks: Why are there only a handful of Bank CEO’s left in this dying financial market of ours? Not because all the good ones are not trying their best to stop fraud in the banks, but because banking innovation and competition are ”back-benched” to try and stop the endemic fraudsters that are trying to get your bank details over the phone!

Wasn’t he hired to save the ship, not jump off with the rats?

I thought nothing untill I saw the word speculation. Ponder Ponder

The shares should have gone up.

The ABSA CEO resigns and the Standard Bank share drops nearly as much as the ABSA group share price.

The low SBK share price also does not make sense, with a NAV of R110 and worth over R2.2Trillion minus R178 in debt.

Oh boy Jason is gonna inherit the poison chalice, this was all Maria Ramos doing. ABSA is a dying dinosaur – no innovation, resistant to change. Ask all the million CIO they have in there, you will be shocked how much backlash they get when proposing moving with time, tech-wise

I left ABSA because of the bad quality of personnel/service. They could turn the ship by appointing better quality personnel. Do not underestimate the role of HR in the success/failure of a company.