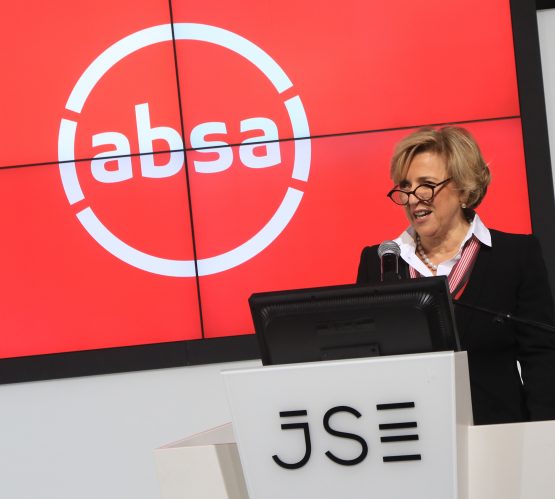 Barclays Africa Group is getting a revamp, ending Barclays Plc’s 100-year history on the continent.

The lender on Wednesday ditches the name of its former parent to revert to Absa Group after the British bank sold down the controlling stake it bought in 2005. The Johannesburg-based company has already begun reorganising its operations to further distance itself from the UK firm, which itself is overhauling its investment bank to boost returns.

Absa chief executive officer Maria Ramos, 59, in April refocused the lender around four divisions — retail and business banking, corporate and investment banking, rest of Africa and wealth management and insurance — in a bid to double its share of revenue from its 10 operations in Africa and regain market share in the South African retail market. The restructuring started with halving the number of executives at the retail and business banking unit last month.

“Barclays has been a very big brand in Africa, not in South Africa necessarily, but in the rest of Africa,” said Adrian Cloete, a portfolio manager at PSG Wealth. “That means they’re going to have to spend more on their brand there when they brand back to Absa.”

Ramos isn’t going empty handed after negotiating 765 million pounds ($1 billion) from Barclays for the investments needed in technology, rebranding and other separation-related expenses.

In the week leading up to the relaunch of the company’s brand, social media channels flashed teasers of a new look and feel that deviates only slightly from the brand’s signature red hue. It has also communicated the coming change with clients in its operations outside of South Africa, where it retains the right to use the Barclays brand for two years.

The bank’s website relaunched on Wednesday with a fresh logo.

At home, where the Absa brand never really left, the transition will be easier. Absa’s name is currently the country’s fourth most-valuable brand and is estimated by Brand Finance to be worth R18.8 billion.

More than the brand relaunch, it will be the company’s ability to fulfill its ambition to retake its once-leading market position among South African consumers that investors will be watching closely, Cloete said.

Good luck Maria – you will need this as Absa enters this market without experience!
Methinks Absa will have to learn very fast that they will have to move away from being a product-centric Bank and change towards becoming more client-centric. All local banks lost heavily a couple of years ago in the African agricultural markets. Methinks most of these bans did re-enter this market and recouped these losses in the Agri market, except Absa…
My experience at Barclays Africa a couple of years ago was that their focus expanding into Africa excluded Western Africa, and only included developed (over banked) markets like Kenya, Ghana, Nigeria etc. They didn’t want to commit balance sheet and only targeted big Multi-national companies where they could transact with secure trade products like guarantees and confirmed letters of credit.

Changing a logo does not change the company. Why waste so much money on a new logo. How does that differ from ANC’s name changing every street/town/city in SA? You still have the same mess with just a different name.
I really don’t see the point in wasting 10s of millions on a stupid new logo! Maybe this is just a way of deflecting attention from some real underlying issues???

Did the overpaid branding and marketing company that was engaged to design the logo do their homework? The new logo looks unappealing and reads “labsa”.