Absa reiterates plan to resume paying some dividends this year

On the back of a recovery – but warns that a ‘significantly more severe third wave of Covid-19 than currently expected’ remains a risk factor.
By Suren Naidoo 13 May 2021  17:31 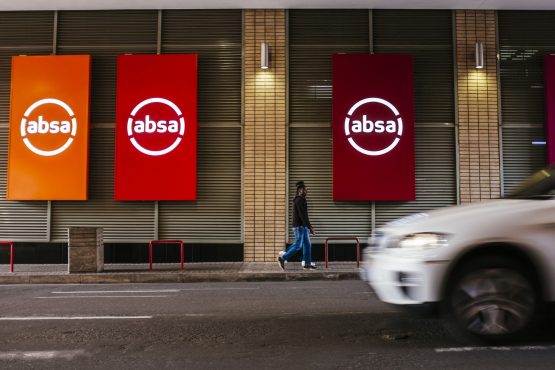 The bank points out that any material unforeseen political, macroeconomic or regulatory changes are other risk factors. Image: Moneyweb

After withholding dividends for its 2020 financial year in the face of the Covid-19 financial fallout, banking giant Absa reiterated in a voluntary trading update and statement on the JSE on Thursday that it will be paying a dividend this year.

“As indicated in March, the group expects to resume paying dividends from the first half of 2021,” Absa notes in its update.

However, the group adds that it will start to pay dividends with a payout ratio of 30% and increase this to 50% over the medium term.

The bank’s more cautious move to pay out some sort of dividend comes on the back of a recovery this year, with South Africa not having any major pandemic-related lockdowns thus far.

According to Absa’s trading statement, normalised headline earnings per share (Heps) for the six months ending June 30, 2021 is expected to be between five and six times the normalised Heps of 173.6 cents for the first half of 2020.

The reference to “normalised Heps” in its financial update is based on an adjustment in relation to its separation from British banking conglomerate Barclays Plc.

“Risks to this guidance include a significantly more severe third wave of Covid-19 than currently expected, plus any material unforeseen political, macroeconomic or regulatory changes,” the bank however warns.

Absa, which is set to release its financial results for the first half of 2021 on 16 August 2021, notes that it will provide a more specific guidance range once there is “reasonable certainty regarding the extent of the increase in earnings”.

The group’s trading update points out that its core South African business, including its Retail and Business Banking (RBB) and CIB (Corporate and Investment Banking) divisions, increased headline earnings during the first quarter of 2021. However, the group’s rest of Africa business – referred to as Absa Regional Operations (ARO) – was affected by the stronger rand.

“On average, the rand was 15% stronger year-on-year against currencies in… ARO during the period, reducing both group revenue and operating expenses by 3% year-on-year. Total revenue was flat year-on-year,” it notes.

The better performance of the bank’s RBB and CIB divisions both benefited from lower credit impairments during the first quarter, compared to the same period in 2020.

“The group’s performance in April 2021 saw improved year-on-year revenue growth and substantially lower credit impairments versus April 2020, which included a hard lockdown in South Africa due to Covid-19,” it says.

Even with such good news the share price keeps dropping.

Standard Bank seems to be in the same quagmire, does not matter if you have the biggest assets, the share price just gets destroyed.