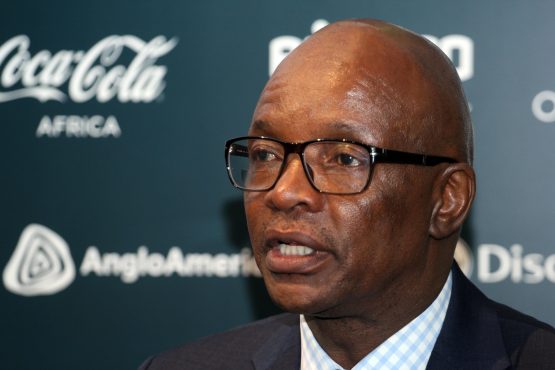 Banking giant Absa on Wednesday announced the removal of Sipho Pityana as a director on the boards of Absa Group and Absa Bank with immediate effect.

The company said in a statement the boards of the two Absa companies met with Pityana yesterday. During the meeting he had the opportunity to address concerns the board’s raised that he “neglected or had been derelict in the performance of his functions as a director of the boards and had failed to conduct himself in the interests of Absa”.

According to the statement, the boards considered Pityana’s responses but concluded that “Mr Pityana pursued his own personal interests to the detriment of Absa and thereby created a material and sustained conflict between his interests and those of Absa”.

The decision to remove Pityana as director followed an earlier decision to remove him as the lead independent director and chairman of the remuneration committee. Pityana’s removal followed after Pityana served court papers on the Prudential Authority (PA) of the Reserve Bank in October, claiming his nomination to become the bank’s chairman had been unfairly blocked.

Read: The escalating woes at Absa as Pityana removed as the lead independent director

He claimed the PA blocked his nomination after Maria Ramos informally informed the Prudential Authority’s head, Kuben Naidoo, of a sexual harassment incident and investigation involving Pityana while he was the chairman of AngloGold Ashanti. Ramos was a former CEO at Absa and succeeded Pityana as chairman at AngloGold Ashanti when he resigned late last year. Pityana vehemently denied the harassment charges and claimed the PA did not follow proper procedures and did not offer him an opportunity to defend himself.

Absa eventually appointed Sello Moloko as its new chairman to replace Wendy Lucas-Bull when she retires in March next year.

The PA filed its responding affidavit yesterday and denied it blocked Pityana’s appointment as Absa’s chairman. The PA said the institution was never formally notified of his nomination.

Naidoo said Pityana’s rights under the Banks Act were not breached and that the PA did not overstep its authority. “It was open to Absa to undertake its own internal processes with Mr Pityana and then to submit such a written nomination if that was the ultimate decision of its board. This clearly happened and Mr Pityana was heard by the Absa board. The decision simply went against him.”

In response, Pityana issued a lengthy and strongly-worded statement of his own. He says the boards’ decision was disappointing and unlawful and said he has already instructed his legal team to take it on review in the courts.

“The reason for their resolution is that they believe that I have been negligent and derelict in the performance of my duties as a director. This arises out of my decision to take the PA to court, which according to Absa, has created a material and sustained conflict of interests between Absa and me, amounts to a dereliction of my duties as director and led me to neglect your duty with due diligence and care in protecting the interests of Absa.”

He said the board’s assertion that his and Absa’s interests are misaligned is untrue as he did not seek any relief from Absa in his PA application. “I have, for example, not sought to interdict Absa’s nomination or its appointment of a new board chairman. I have accepted his [Sello Moloko’s] appointment.”

Removal as the lead independent director

Pityana also refers to his removal as the lead independent director and chairman of the remuneration committee early in November.

He says the boards demanded his resignation because of his action, but he refused. “I refused to resign because to have done so would have meant succumbing to corporate bullying and intimidation tactics that should have no place in our society.”

He adds that shareholders elected him at Absa’s AGM in June and that he can only be removed as a director under exceptional circumstances. “If I believed that such circumstances prevailed, I would have resigned without ever having been asked to do so.”

Pityana says he was reelected on the same day that the boards decided not to nominate him as chairman “because they were apprehensive about jeopardising their relationship with the Sarb and PA.”

Implications for Absa and the PA

Pityana also says his application is in Absa’s interest too, as he believes that the bank should have the authority to appoint its chairman and not the PA. “If I am correct in this view, which I believe I am, it surely must be in the interests of Absa that its board should object to the conduct of the PA and join me in the action. I could not persuade my colleagues to this view, and the board has exercised its right not to do so.”

He adds that he did not take the decision lightly to allege that the PA acted unlawfully. “It is my view that a regulator that that breaks the law sets exactly the wrong tone for the respect for the rule of law; I say so having been a regulator in my previous life …. There seems to be an assertion that all shall be equal before the law, except the Sarb, which must enjoy a special place above it. It is a view that I consider unacceptable and do not share.”

Independence of the Sarb

Pityana says the constitution entrenches the Reserve Bank’s independence. “Whilst a healthy relationship between any regulator and the regulated entity is important, sufficient distance is critical for public confidence. When the weight of an untested opinion of a Maria Ramos becomes a determining factor in the decisions of the PA, we are left to wonder whether that intent on ruling from the grave have not constituted themselves into a cabal representing some new form of capture of institutions?”

Pityana also says:  “I have to make it absolutely clear that I am not, never have been and never will be anybody’s “Yes Sir” or “Yes Madame”. I am an adult with considerable years of professional experience, highly developed faculties and intellectual capabilities. I can distinguish between right and wrong. I place a high premium on ethical conduct and leadership. I take my responsibilities very seriously. To suggest otherwise is insulting.”