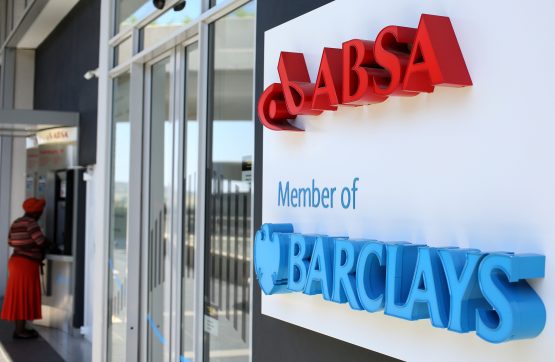 The top-line in the unit has grown at a compound annual growth rate (CAGR) of 4% over the period, mainly driven by net interest income (CAGR 6%). Expenses have soared, however, and are 46% higher in 2017 than they were in 2013.

This has put pressure on its cost-to-income (or efficiency) ratio, which is over 10 percentage points higher for 2017 (at 71.4%) than five years prior.

* Source: Barclays Africa/Absa financial reports. All figures used are the annually restated ones presented a year later (e.g. 2016 restated as reported in 2017).

As profits decline in the transactional and deposits business, its share of total retail banking headline earnings in South Africa has fallen from more than half in 2013, to just 38% in 2017.

Absa is facing a mix of weak economic growth, declining customer numbers and sharp increases in costs as it works to transform (fix?) the retail banking business.

As at end-June, it had 5.96 million transactional customers – a decline of 300 000 from a year prior. This was the first time it disclosed these metrics along with its financial results. Previously, it only shared total retail customer numbers. The bank did not disclose any customer numbers as at year-end, and it did not respond to a media enquiry requesting these. One can assume, then, that these declined further in the second half of the year.

In the commentary to its full-year results, Absa said only “new to bank customers grew in key segments through targeted marketing campaigns and refined customer propositions”.

At the half-year, Absa said its Private Bank and Affluent customer numbers grew 4% and 12% respectively.

Expense growth was “primarily as a result of increased frontline capacity, annual salary increases, amortisation of IT infrastructure expenditure, marketing spend to promote new customer propositions, increased cost of cash as well as investment in physical and cyber security”. It continued trimming its branch network, with a net 44 outlets closed in 2017 (6% decline to 730). It did note that margins in its deposits business “were lower due to increased demand for investment products”.

As part of the group’s new strategy announced by group chief executive Maria Ramos on March 1, it aims to “regain [its] leadership in SA retail”. This is no real change from an ambition articulated by Ramos in 2014, when she stated that the bank wanted to regain the leading market position in retail and business banking.

The metrics (customer numbers as well as financial) simply haven’t improved to the extent that is necessary to catch Standard Bank.

Reversing this undesirable trend in its retail franchise is an enormous ask.

Absa should go on a big mother of all retrenchment drives! Cut down on layers and layers of management. Release all managers brought in by former majority shareholder (Barclay), cut the number of branches, restructure the debit card business and replace Maria Ramos with someone who’s got fresh ideas.

Barclays Plc can thank their lucky stars that they managed to walk away from this market, when they did.
Restitution of land (or nationalisation thereof) methinks will still result in the biggest banking ‘’systemic risk’’, as a result of the knock on effect that will be created as white people will start losing their assets just to try and stay alive and solvent….

The Systemic risk that “ask me I know” refers to will not only affect white people…there are many black Banking clients and taxpayers who will be similarly affected. Remember – we are ALL South Africans under our constitution. Something that Juju should remember when he stands on his soap box!

Yes we are but methinks the ”cherry picking” of properties might non include ” othen than pale males and females” – they are talking about ”our people” !

BTW. Maria Ramos has plenty of fresh ideas – and perhaps they’re just not not for ABSA…..

Well they worked out so well at Transnet, er did they?

This may be a simplistic solution but I’m sure many will agree with me. How about either stop spending tens of millions in advertising trying to convince the public how wonderful you are only to piss them off when they use your services. Alternatively, actually deliver the quality of service you claim and gain new customers while retaining existing ones? Business economics 101. BTW, this does not only apply to ABSA, it applies to all 4 of the major banks. Their self righteous slogans are a bad joke.

Going nowhere slowly. Could be a slogan for South Africa.