Touted to be worth over R1bn, the development will be a catalytic project for eThekwini Municipality.
By Suren Naidoo 19 Nov 2018  00:21 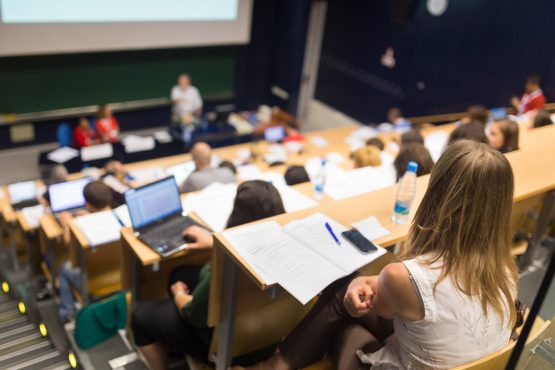 The university development – touted to be valued at over R1 billion and a catalytic project for the eThekwini Municipality – has been under discussion for some time. The original preferred site for the 30 hectare (ha) university campus in ‘Node 6’ of Sibaya, near the entrance to the coastal town of Umdloti, faced stiff opposition from the local community.

Tongaat Hulett has now identified a new site for the university in ‘Node 3’ of its multi-billion rand Sibaya Coastal Precinct, which will include high-end residential, commercial, leisure and mixed-use property developments. The 1 000 ha Sibaya project is being developed on prime land owned by Tongaat Hulett  bordering Umhlanga and stretching to the Umdloti River mouth further north.

While AdvTech’s plan for the new university is an ‘open secret’ on the north coast, the group was guarded in its response to questions from Moneyweb this week. “Given that we continuously have numerous projects at various stages of realisation, we have a policy of not discussing any projects – potential or otherwise – before all proper processes have been followed,” CEO Roy Douglas said in an emailed statement.

“We can however confirm that AdvTech is investigating the establishment of a school in the region, and that the Independent Institute of Education, the largest private higher education provider in South Africa and a brand of AdvTech, is investigating a number of opportunities to establish a new campus for its highly respected Varsity College and Vega brands,” he added.

“The aim is to develop institutions that will benefit students, provide greater access to quality education opportunities in the area, and which will ultimately benefit the communities in which they are established,” he continued. “However, a great deal of work must still take place before we can confirm any final decisions or details related to these investigations.”

News of the private university planned for Sibaya follows AdvTech and Tongaat Hulett’s announcement in August last year of plans to also develop a new school within the precinct. The education group said at the time that the new school for Sibaya – scheduled to open in 2020 – would accommodate 2 000 learners and operate under the AdvTech Academies brand.

However, in response to Moneyweb’s queries this week, Douglas offered no update on the new private school or how much the company planned to invest in the development. The new school and proposed new university campus at Sibaya represent a major capital rollout for the firm, which recently made a R343 million takeover bid for Monash university’s operations in South Africa.

While several sources at Tongaat Hulett have confirmed to Moneyweb that the group is working with AdvTech to establish a private university at Sibaya, in response to queries, Tongaat Hulett would only say that it was “working with a JSE-listed entity to bring a new private tertiary institution to Kzn at Sibaya Coastal Precinct”.

The company added: “The campus will provide for some 10 000 students at any given time commencing with some 3 500 students and phasing up from there over time. The development has been declared a catalytic project by eThekwini Municipality. The transaction will bring two listed entities together and the university will bring in excess of an R1 billion investment for the region.”

Responding to further queries this week, Rory Wilkinson, head of portfolio strategy at Tongaat Hulett Developments, said an Environmental Impact Assessment (EIA) was currently underway for both Nodes 3 and 6 at Sibaya.

“We will be guided by the outcome of the EIA process on which site to develop the proposed new tertiary institution. The EIA process is specifically concerned with identifying the most appropriate site given all the identified potential impacts and considering all relevant factors, including economic, social, ecological, infrastructural and so on,” he explained.

“The process that is now nearing completion has recommended, based on all of the specialist reports and feedback from interested and affected parties, that the Node 3 site is the most appropriate and best option. This has been endorsed by the eMdloti Forum and the formal public participation process is now completed.

“The site, some 30 ha in extent, includes provision for the tertiary institution as well as student accommodation. An EIA decision from provincial authorities is expected within three to four months,” added Wilkinson.

The greater Umhlanga area has seen significant residential growth in the last decade. Tongaat Hulett’s neighbouring Sibaya node has already attracted some R3.5 billion in new residential developments. In light of this, said Wilkinson: “It has been a deliberate strategy of Tongaat Hulett to provide for the delivery of new educational facilities as part of an overall total living environment that the area has become.”

He said in the last two years Tongaat Hulett had concluded two land transactions for new schools within its Sibaya and Cornubia (near Gateway) developments – with AdvTech and Curro respectively. Each school will accommodate 2 000 pupils. More educational facilities are also on the cards for the region.

Anthony Clark, an analyst at Vunani Securities, says AdvTech has traditionally not disclosed details on its new developments, unlike to its fellow JSE-listed rival, Stadio Holdings. Stadio, which focuses on private tertiary education, was unbundled from Curro Holdings and listed on the main board of the JSE last year.

“Both groups are on big expansion drives and both are looking at Kzn, as well as other parts of the country and Africa,” says Clark. “AdvTech mentioned in its latest results presentation that it was looking to double the size of its Durban campus due to demand. Historically, it puts a lot more facilities like pools and sports fields into its private schools and tertiary education campuses, compared to Stadio and Curro.”

He adds: “If I had to put a figure down, an average private school for about 1 500 students costs roughly between R150 million and R200 million to develop. A private university campus would cost significantly more. In fact, Stadio is investing about R600 million in a 5 000-student new higher education campus in Durbanville, Cape Town.”

Clark says the growth of the Umhlanga and greater north coast regions presents attractive prospects for AdvTech, Stadio and Curro.

Firstly Advtech’s Varsity College is a not a university. It is deemed to be a private higher education institution in terms of the Higher Education Act of 1997 and the the regulations thereof, and no private university exists in South Africa. The Act prohibits any institution from using the word “university”, unless it a foreign university registered under the said act. Varsity College is presently embroiled in legal action were 500+ students who completed they LLB degrees, were refused admission to commence articles by the KZN Law Society, because they degrees were not deemed to be conferred by a university, as there rules stipulate.

So Varsity College is not a private university and if it purports to be a Private University it will be in contravention of the Higher Education Act.

Can the author/reporter kindly make the necessary verifications as pointed out and correct the misconception that varsity college is a university, as the heading suggests.

Advtech’s Varsity College has a potential legal obligation to refund all 500 of so students that were duped into registering for its LLB programme, if its legal challenge fails with the Law Society and chances are it will, (awaiting ruling).

According to its June 2018 financials its :

So in my opinion it will have no cash if it fails in its court case, So this property deal just looks opportunistic at this stage.

Also a perfect short – the share price is declining.

Is this really such a problem? As long as the degrees are of a sufficiently high functional standard, it s/be possible for the KZN Law Society to amend it’s somewhat archaic rules.

Why look for a lose/lose solution i.s.o. a win/win solution??

The Higher Education Act of 1997 also appears to be anachronistic.

If the standards of the degree are at fault that could be a big problem; but are they?

Once again in SA are stuck with an excessive belief in tertiary education as the holy grail; look where that got us with Steinhoff, KPMG and the whole CA(SA) cufu. Those guys and gals all went to university.

Time we catch a wake-up in SA.