AECI pins hopes on second half

Cosatu’s Eskom plan doesn’t diminish state’s liability: BNP
Could one of the best global investment opportunities be on the JSE?
How to spot value traps on the JSE
CLICK THIS COMPANY MORE COMPANY NEWS SENS
AECI 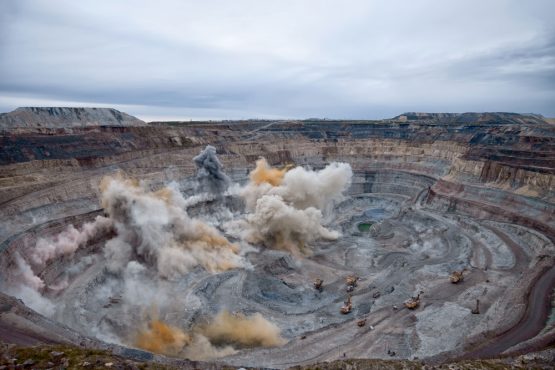 Restructuring costs have hurt chemicals manufacturer AECI in the latest reporting period but the company says it will see benefits over the next six months. Picture: Shutterstock

At first glance, it may seem strange that the share price of AECI jumped more than 3% to touch R95 on Monday. This movement followed an announcement by the manufacturer of mining explosives and industrial and agricultural chemicals of a 20% decline in headline earnings per share (heps) for the six months to end-June. However, a good look at the results shows that the heps figure does not tell the whole story.

CEO Mark Dytor and CFO Mark Kathan both stressed during a presentation to analysts and investors that the restructuring in the mining explosives division and in the water process division has now been completed.

“This will bring benefits of R300 million per annum going forward,” says Dytor. He indicated that the cost of R156 million accounted for in the first six months would largely be recouped by the end of the current financial year.

Without these once-off costs, the 14% increase in turnover to nearly R12 billion would have translated to heps of 492 cents, compared to the reported figure of 365 cents.

On this basis, earnings actually increased by 7.4% compared to the first half last year.

It seems management has confidence in its own arguments and increased the interim dividend by 5% to 156c per share.

Management also painted a rosy picture of prospects for the rest of the year, largely based on a more optimistic outlook for the mining sector, which is benefitting from a weaker currency. The sale of explosives, explosive systems and chemicals used in refining plants is by far the largest in the group, contributing 50% to turnover and 60% to operating profit.

Contributions by divisions to turnover and profit

Dytor noted that platinum mines are performing much better due to higher metal prices and that the gold price is the highest it has been in a very long time – in rand terms. However, he notes that SA gold mines are still not in good standing due to the high operating costs of deep-level mining.

His team of accountants noted in the results announcement that sales volumes of both bulk explosives and triggering systems actually declined in the past six months compared to a year ago. The sales of bulk explosives decreased by 3% and that of initiating systems by just more than 8%.

One of the reasons for the lower sales volumes is that mines were affected by power interruptions. Dytor says coal mines are suffering due to low prices, while commentary in the results discloses that volumes were also impacted after AECI discontinued sales to the controversial Optimum Coal when it was placed in business rescue.

The export of mining explosives and related systems largely neutralised lower volumes in SA. Dytor says that exports increased to 42% of revenue, once again bolstered by the weak rand.

AECI also noted that profits from its chemical division (the second-largest contributor) were under pressure in the past six months despite the 21% increase in turnover on the back of the acquisition of Much Asphalt. Operating profit decreased 3% to R234 million.

It says sales of chemicals were impacted by poor growth in SA’s manufacturing sector. “Volumes were restricted by lower demand owing to customers scaling back or closing their operations and very low investment levels,” according to the results statement.

AECI is pinning its hopes on a stronger second half. Dytor says the group usually generates a higher proportion of its sales and cash flow during the second half of the financial year: “Sales to the agricultural sector are clearly seasonal, while the trend is also noticeable in mining companies.”

The increase in long-term borrowing to R5.4 billion (up from R1.1 billion a year ago) resulted in a hefty increase in net interest paid to R242 million (R161 million). Interest swallowed nearly 30% of operating profit.

The performance in the second six months is important to give it new direction. The share has had a good run on the JSE over the last year, increasing more than 20% from a low of R77 just about exactly 12 months ago.

If AECI gets the benefits from its restructuring and recoups the R156 million cost of the restructuring, and if earnings follow the same pattern as last year, heps can exceed R11. This still places the share on a forward price-earnings ratio of above eight times at current prices.